An Air Asia flight to Kota Kanabalu, then a MasWings flight with less than 10 people in the plane later and we arrived in Mulu. A lady dropped us off at the park and asked when we needed transport back. I ended up giving her completely wrong information as we’ve lost complete track of which flight is when and on which air line. Oh well. That’s why we print paper work 😉

After settling into the lodge room and changing back into shorts we set off exploring before deciding on which tours we wanted to do. It was hot and humid so when it rained, we didn’t bother to cover up as it just felt good. We ended up at the deer cave where every evening bats are supposed to exit all at once. We waited….and waited along with about 30 others but the bats never showed. We finally headed back in the pouring rain and dark, realizing we had no light with us. The path was lit in spots but not others so we were very thankful to follow a guy with a light as the jungle is VERY dark when it rains. By the time we got back we were soaked but my camera stayed dry so all was good. We didn’t even bother to change for dinner. Wet feels good when it’s hot.

We had a remarkably good night’s sleep considering there are 20 beds in the lodge and most were full. People were very considerate and I was asleep by 10 pm. By 6:30 am we were on the way to the tree top tower as we were told we could see animals there between 6:30 and 7:30 am. We didn’t so headed back for breakfast and to book some tours. You’re not allowed into the caves without a guide.

Since you’re required to write your names on a white board at security before doing some of the hikes, we did so and set off to see the Paku water fall. It’s an 8 km hike and many sections were ankle deep in mud. We were thankful to have teva sandals as they just wash off. Most who hike in Gunung have hiking shoes. That would be a pain! We spent some time at the water fall swimming and taking photos and then continued through more mud, beautiful trails and spectacular scenery. After informing security we’d returned we crossed the bouncy swing bridge to exit the park and tried the Good Luck cafe for lunch. Since we’d already logged close to 15 km today we decided we deserved to relax for a bit.

Like the night before, a thunderstorm came and the bats decided not to go out. Apparently they come out every night and it’s rare they don’t. Lucky us. 2 nights in a row. The 3 km walk back in the pouring rain wasn’t pleasant but seeing a couple of giant spiny stick bugs mating made it better. We’re getting used to eating our dinner while soaking wet.

One morning we joined a tour to see some caves. 5 people got in each of the long, skinny motor boats that sit low in the water but are very stable. First stop was a tribal village selling handicrafts. Next stop was the cave of winds which is pretty spectacular. Some got in a boat to the next cave but we opted to walk. That was a good choice as the path was pretty. 200 steps up took us to the entrance of the Clear water cave which was even more spectacular. A river still runs through it and was really high due to the major amount of rain lately. This cave involved lots of steps and a couple almost like ladders so by the time we were done, the sweat was dripping off us. Sue and I opted for a swim in the cold water which, after the initial shock, was incredibly refreshing. 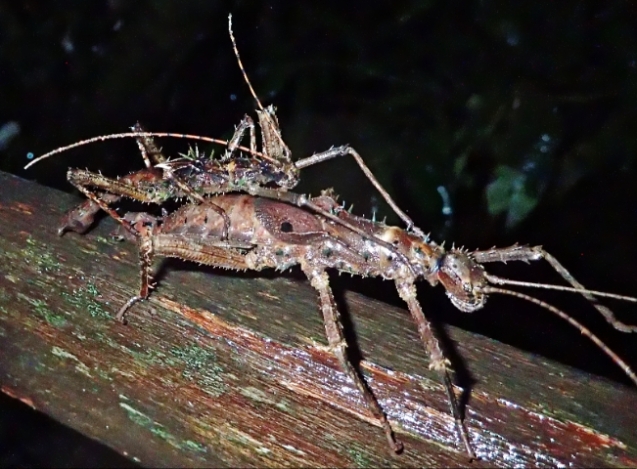 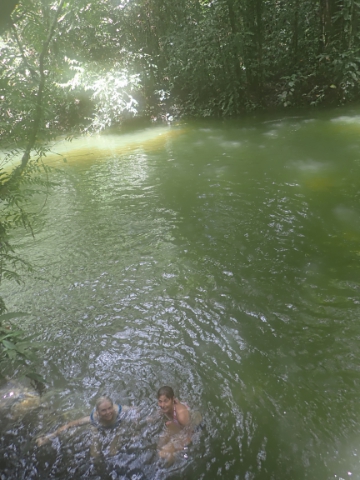 We took the long way to the deer cave this evening. The Kayangan loop adds 1.5 km but it’s really pretty and a nice hike. We arrived shortly after 5 pm and settled in to watch the bats. The sky got darker and we thought “Not again!” Sure enough, it started thundering and then pouring. It didn’t let up. We waited until shortly after 6, and were one of the last to leave when we gave up and again, walked the 3 km back in the pouring rain. The hood on my poncho had ripped off the day before and Sue’s had a rip so neither of us stayed very dry. Again, we went straight to the cafe and ordered dinner. Wet people must show up for dinner all the time as nobody seemed to find us strange. While eating, a big bat kept flying through the open cafe. How’s that for IRONY?

The rainy season is supposed to be over but it doesn’t want to leave. All the rain had saturated the ground and everything was flooded. We tried walking the botany trail but large parts of it were under water. So we tried part of the Paku falls trail. It too was flooded. So we decided to head to the deer cave again. Why not? It’s a nice walk. On the way we did a couple trails we hadn’t yet, including one to the storm horse cave which was 193 steps up, then back down again.

After lunch we joined with a group and guide to see inside the Lang and Deer caves (you’re not allowed without a guide) which meant doing the 3 km trail again. Both caves are completely different again from the ones we’d seen the day before. The deer cave is massive and is supposed to be part of the largest cave system in the world. After 5 pm and it wasn’t raining!! Wow! So we sat to wait for the bat exodus. I guess 4th time’s the charm as it finally happened and it really was amazing.

We actually got to eat our dinner while DRY and enjoyed it with a nice young couple we met on the tour. 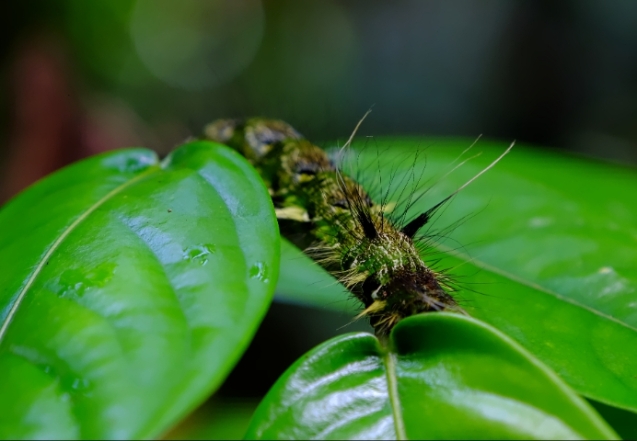 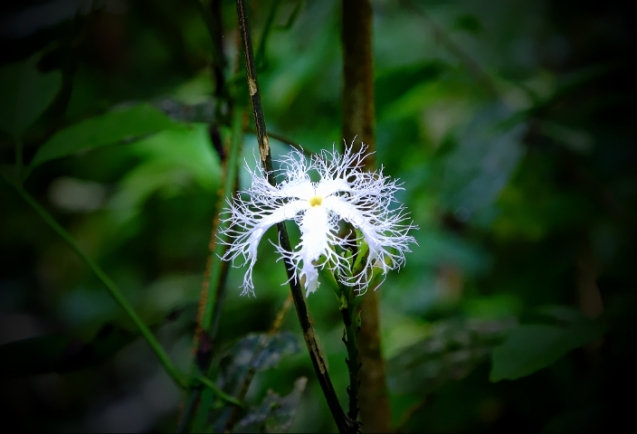 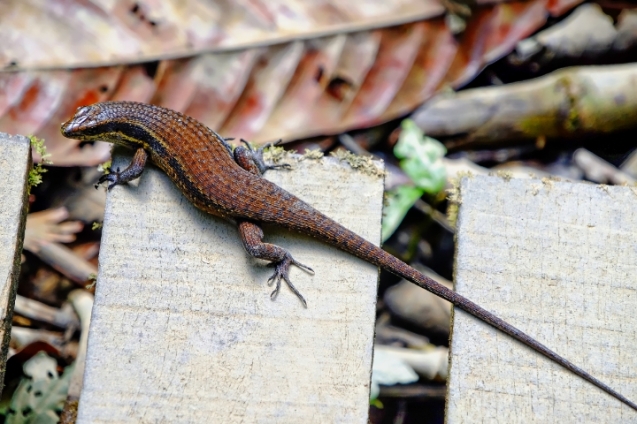 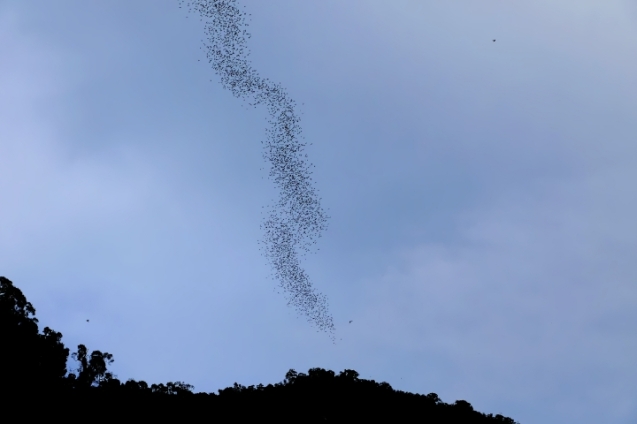 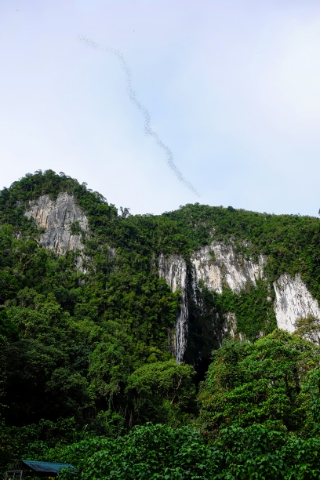 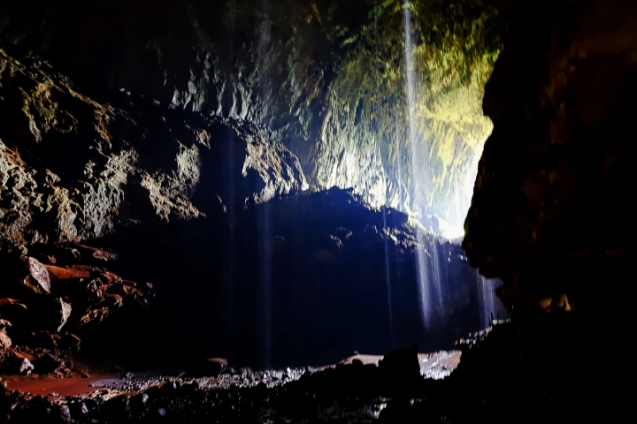 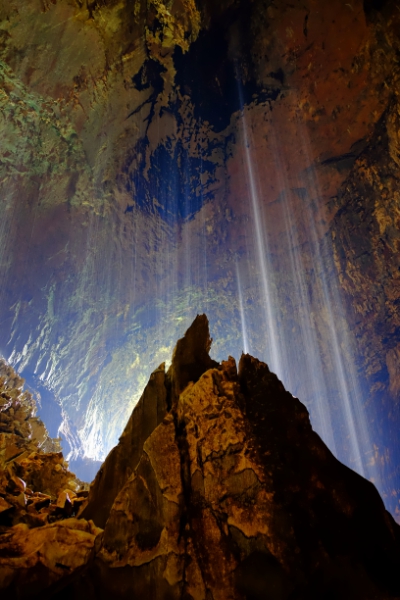 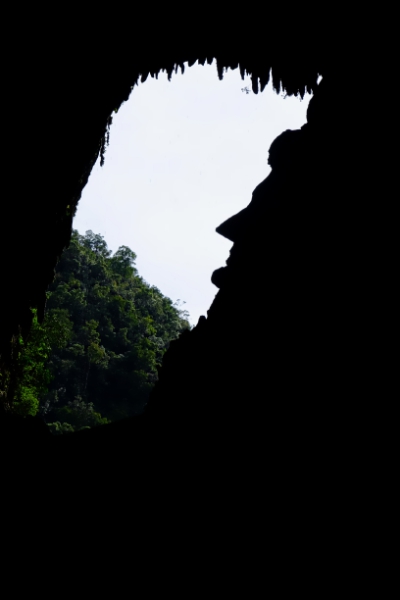 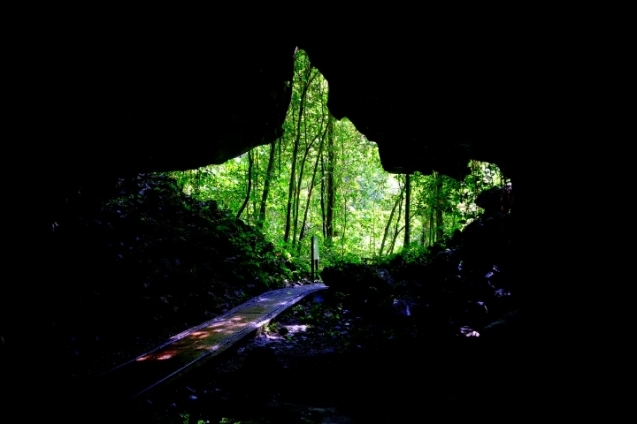 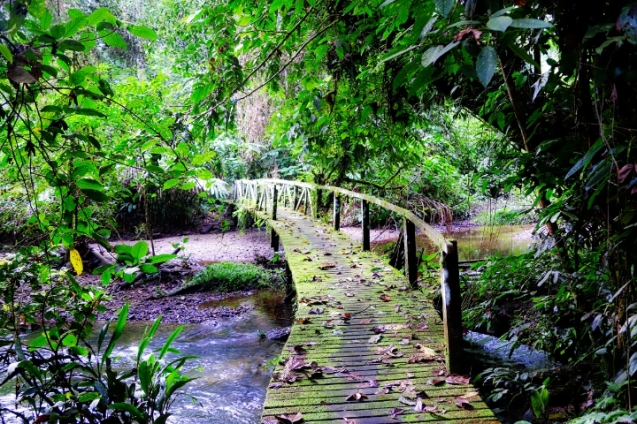 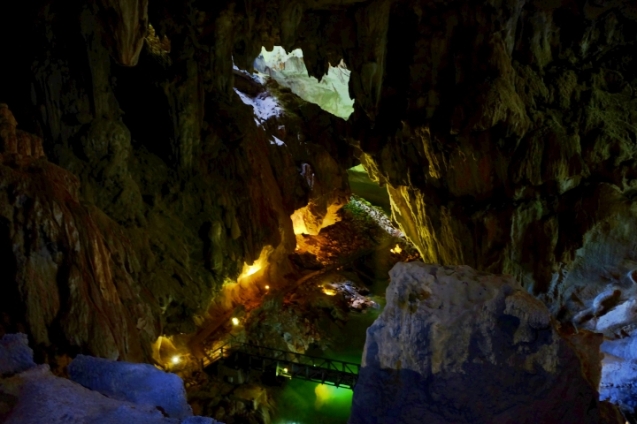 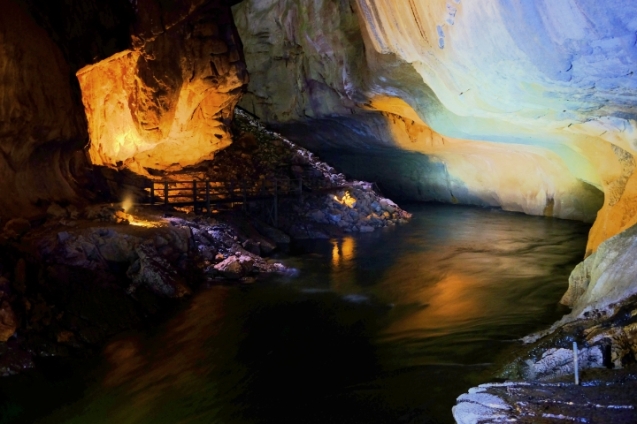 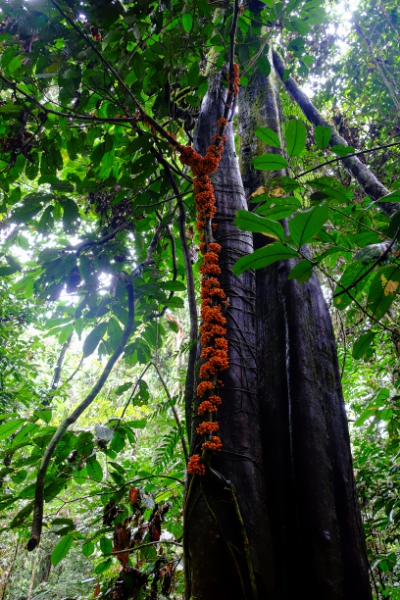 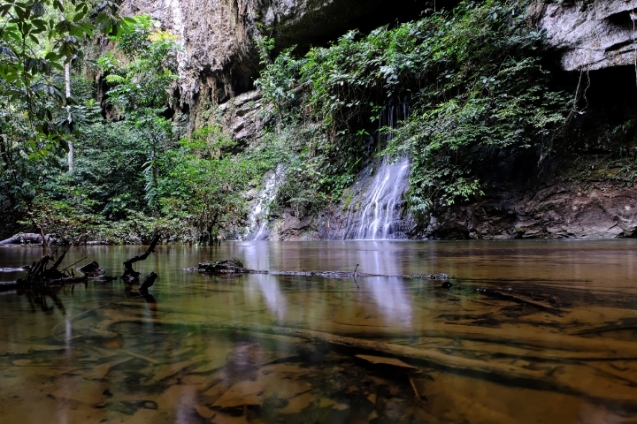 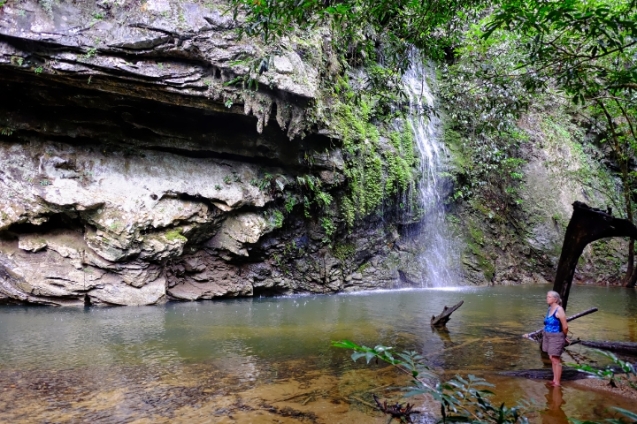 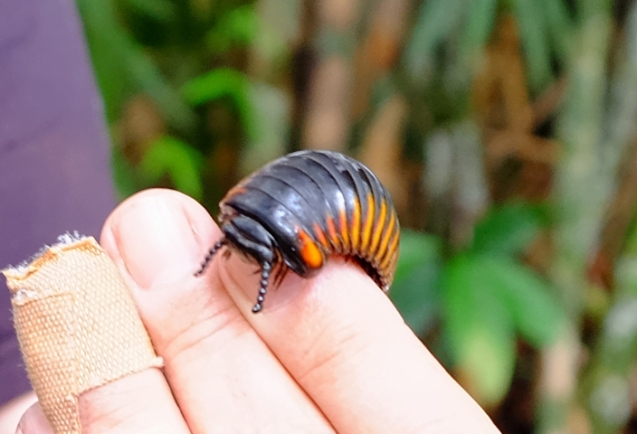