The flights to Denpassar were relatively uneventful as was check in to our hotel. I was a little worried this one wouldn’t be expecting us as I’d booked it with American Advantage points. The Sanur Guest House turned out to be a nice surprise with a super clean pool and our own bathroom. We chatted with a man who was working as a photographer, under water and on land. He showed us some of his amazing work!

Breakfast was served at Grandpa’s restaurant next door, after which we checked on snorkeling tours. They were incredibly expensive so we passed and headed for the beach. I’d read that Sanur beach has the second best diving in Bali. Could be. The snorkeling wasn’t great. They say the reef is 100 metres from shore. It’s more like a kilometre. By the time you get out there, you’re tired and need to come back. We saw a few things and spent almost 4 hours in the water.

The rest of the day was spent walking the board walk and checking out the sights on the beach. It goes on forever!

Just a gate to a house or hotel

Lion fish hiding in the anemone.  I wonder if the resident clown fish are annoyed?

Not sure why all the statues have skirts? 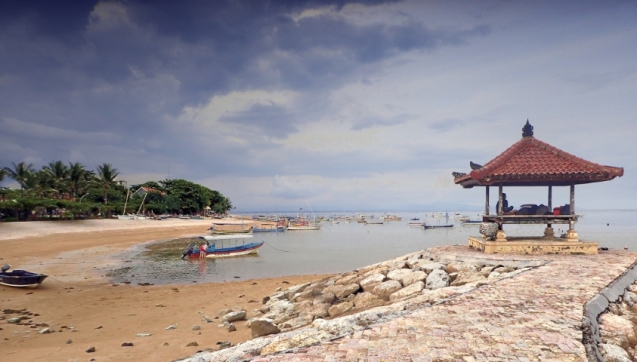 Something special is going to happen here!

Taxi drivers often honk to see if you want a ride. I generally just shake my head but we’d been talking about visiting Ubud so decided to ask what it would cost. It seemed reasonable so we arranged for Darta to pick us up the next morning.

Ubud turned out to be a huge tourist magnet. The streets are lined with shops for miles, mostly selling hand crafts and souvenirs. The Sacred monkey forest was a lot of fun. There are 5 groups of monkeys with a total of over 700 macaques. They’re not afraid of humans and can be aggressive if they think you have food. A few were very interested in my back pack. There was no food in it but the day before I’d had some fruit in it so perhaps they smelled it. One monkey jumped on my back, opened the zipper and threw my glasses out. He took a chapstick and a small wipe package. I got the chapstick back but he kept the lid to play with. Weird monkey.

Next we visited the Tegalalang Rice Terrace. That was a disappointment. I’m sure they earn more money milking the tourists now than they earn harvesting rice. There’s an entrance fee, which is fine, but if you want to walk, every time you pass someone’s house you have to pay a donation fee. I don’t blame them but if you want to see Rice terraces, there are many other places to go where it’s still authentic and not just a tourist trap.  Check out Sagada, Philippines  or Banaue and Batad, Philippines.

Next we visited a temple, again full of tourists. Darta took us to an orchid garden but the admission was too high so we passed.

It was an interesting day and we saw a bit of Bali, which was our goal. It’s a great place to go if you want to relax and eat. Food is good and you can find lots of cheap options. Otherwise, I found it expensive and crowded. This is still low season and tourism is down due to recent volcanic eruptions. It must be NUTS when there ARE lots of tourists! 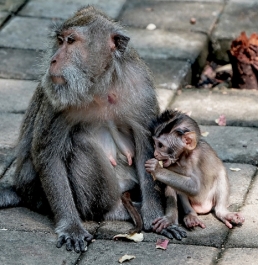 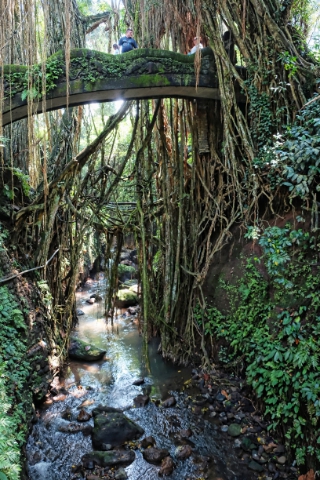 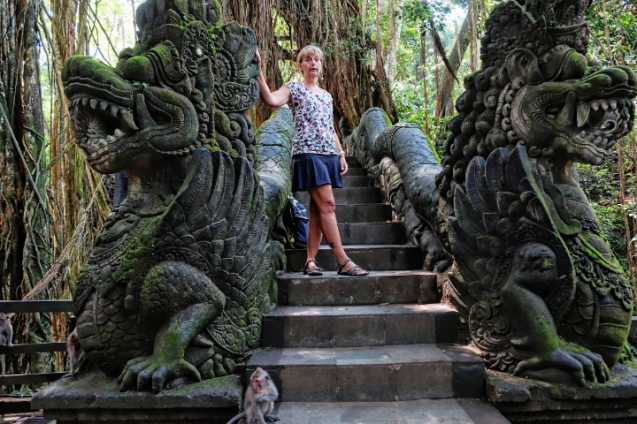 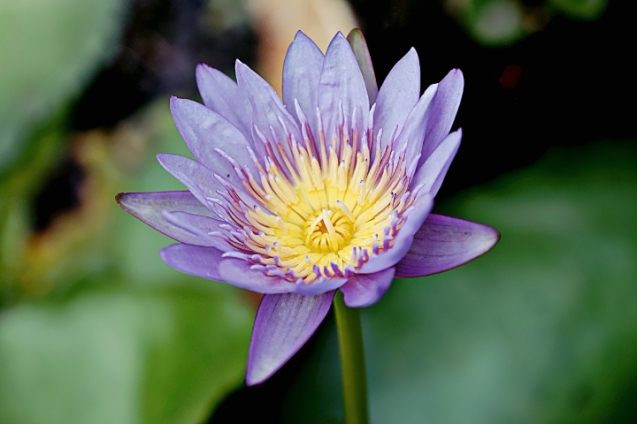 One thought on “Bali, Beaches, monkeys and Rice Terraces”