This is the last in a series of posts on traveling Israel by public transit.  My friend and I have covered a lot of ground in a month.  Shabbat closures make planning a challenge along with schedules in Hebrew only but if we can do it, so can you.  My only language is English.

Previous posts include: Nazareth to Capurnaum. The Jesus trail in February? Israel!

Southern Israel. You CAN do it by bus! Eilat, Mitzpe Ramon and the Negev Desert

And the first post on Israel: 5 days in Jerusalem! The old city, Yad Vashem and Palestine!

Shabbat dawned and it was wet. Breakfast at the hostel is a social affair and we enjoyed chatting, eating and enjoying several cups of coffee.

While it’s true that Israel is in desperate need of water, we really wish it would happen another time. Everything is closed for Shabbat so we were hoping to at least just walk around and along the promenade. We tried for a while but the wet, fogginess made it really unpleasant. So, having found a Shopper’s drug mart that was open to get some change, we headed back to the hostel to do a load of laundry, drink some tea and fool around on the internet. It’s kind of nice to have nothing to do for a day. I guess.

After breakfast at the hostel, we found the bus stop and took bus #450 to Safed, also known as Zafat or Tzfat.

There we got lost a lot but ended up seeing pretty much everything we wanted to. A lot of the artist’s shops were closed. Perhaps because it’s low season? The cheese shop Sue wanted to see was open and he invited us in to sample some of his delicious wares. I ended up buying some cheese and halva.

I’d wanted to go to Rosh Pina, so after finding out which bus to take we waited….and waited. Of course it was the VERY late one. At almost 4 pm we decided it was too late and opted for the bus back to Tiberias instead. That bus took a different route so we got to see more of the beauty of the Golan heights.

Having arrived back in the city just in time for sunset, we walked down to the lake and walked the promenade enjoying the sunset.

Since we’d had a late lunch at a falafel place in Safed, cheese and crackers made a good dinner 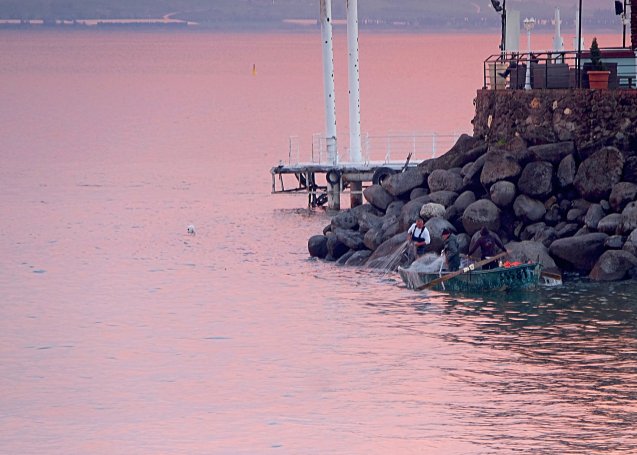 Fishermen on the Sea of Galilee. How appropriate! 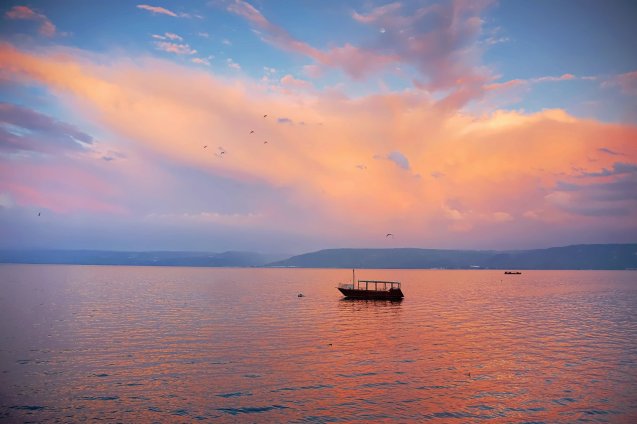 Sunset in Tiberias on the Sea of Galilee 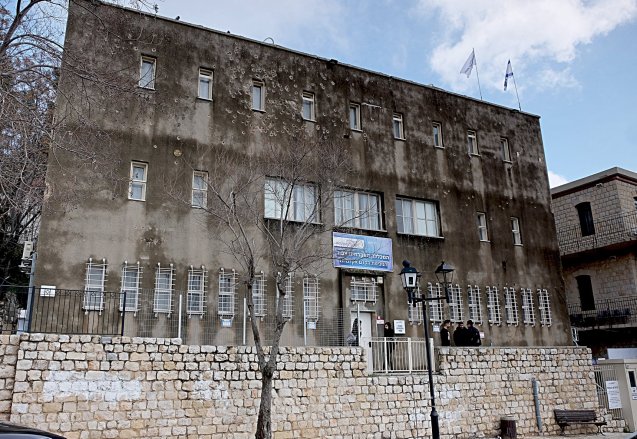 Bullet holes from the conflict of 1948. At 900 metres it’s the highest city in Israel Defender’s square 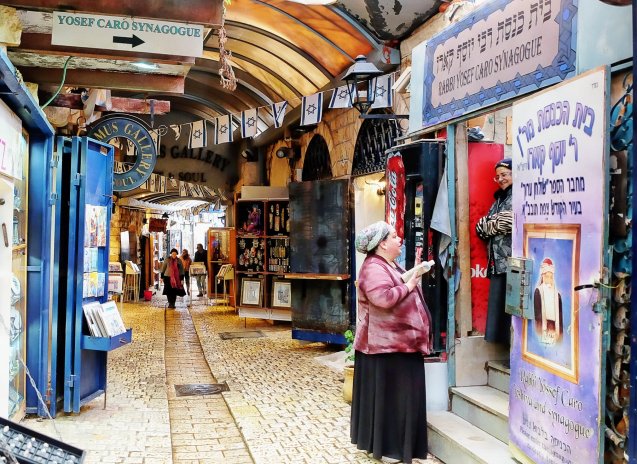 Street in Safed or Tsfat 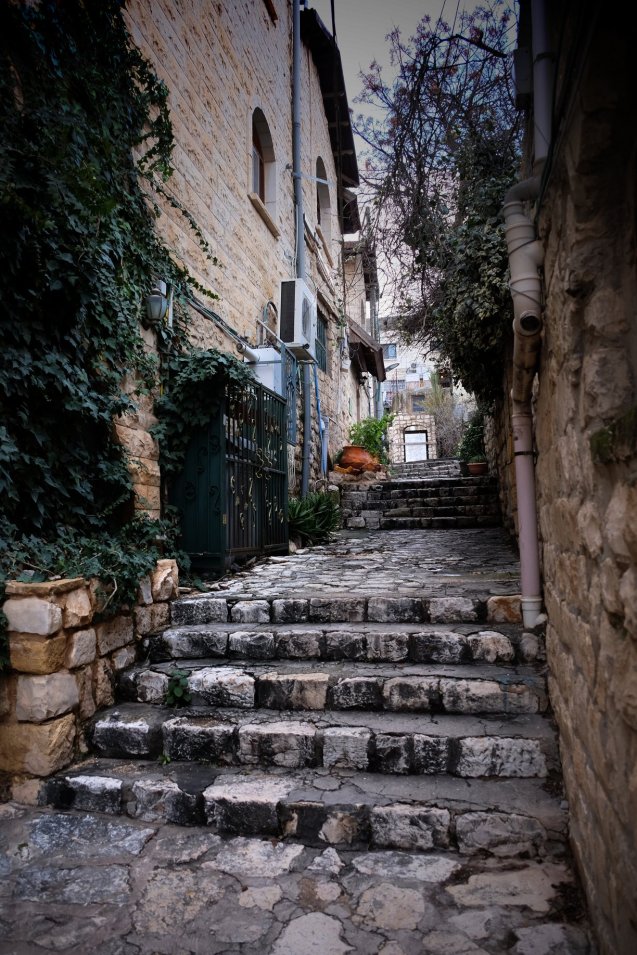 Tzfat, Tsfat or Safed….lots of alleys to get lost in

After breakfast at the Tiberias Hostel, we walked to the central bus station to catch the bus to Tel Aviv. While waiting, we met a couple of men also waiting for a bus to Jerusalem. We got chatting and turns out they’re from Markham and Caledon. Pretty funny!

The Tel Aviv bus station is huge! We found the bus that was to take us to the hostel but when we went to board, the driver informed us he only takes cards, not cash. Meaning a bus card, not a credit card. Well crap. I checked my app and since it’s only 1.5 km suggested we walk rather than try to figure out how to get a card at this point.

It ended up being a “bit” longer as getting out of the bus station was a treat but we made it. Since it was too early to check in, we stored our bags and headed for the beach. There we spent the afternoon enjoying a picnic of cheese and crackers and walking…walking and walking some more. It’s a gorgeous beach and you can walk forever.

By the time we got back to the hostel, checked in and got to our room, we were pretty darn tired. A burrito across the street at the Mexican place was dinner and it was GOOD.

Today started with breakfast at Abraham Hostel. It’s a good way to start your day 😀

Next we made our way to the clock tower to join a Sandeman’s Free walking tour. We found out later that the hostel provides a person to guide you. That would have been nice as we did get lost a couple of times. Oh well. We see more that way.

This tour was as good as all the other Sandeman’s tours we’ve done in various cities. It’s free but you’re expected to tip. That way the tour guide does their best to provide you with an experience you want to pay for.

Afterwards we spent the rest of the day wandering around Old Jaffa, getting lost, finding things, taking pictures, checking out churches and mosques, a coffee, a gelato and an herb tea made by a man on a tricycle with a coal stove on the back.

While enjoying our tea we watched a rain storm far way on the Mediterranean, hoping it didn’t come closer as we wanted to see the sunset.

Then it started raining. So we put on our ponchos, dug out the umbrellas and walked the 2 km back to the hostel.

Too lazy to go out again later we went to the hostel bar for some nachos and the free drink we got for booking directly on their website.

Wednesday was our last day in Tel Aviv. In the morning we joined a tour to the Kibbutz Magaan Michal, a fully functioning, successful kibbutz just an hour out of Tel Aviv. It was really interesting hearing how socialism can work on a small scale. It’s not perfect but the members are happy and it works for them.

Back in Tel Aviv we walked to the beach to watch the sunset with (finally!) no rain!

Dinner was Indian night at the Abraham hostel and that was amazing!

An early night was in order as we set our alarms for 2:30 am for the shuttle to the airport. Yuck. 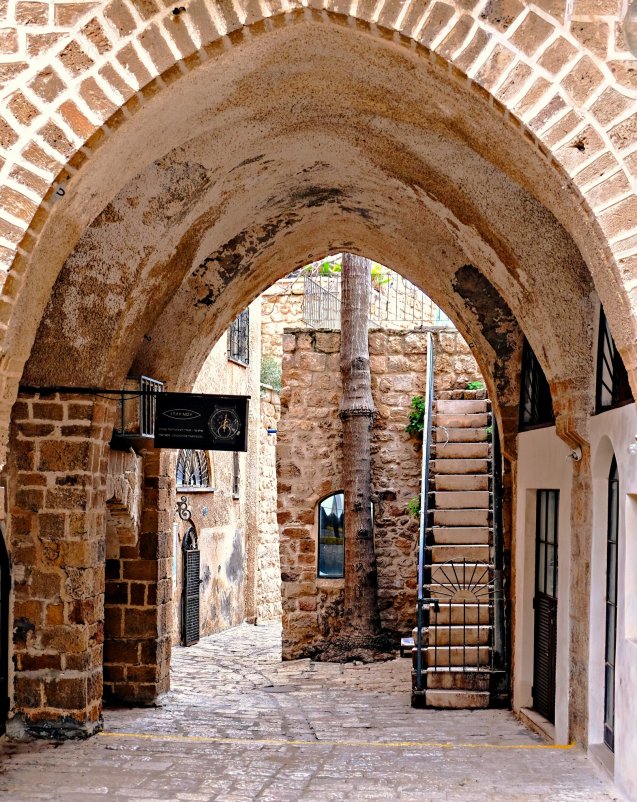 Place to wash just inside the city wall 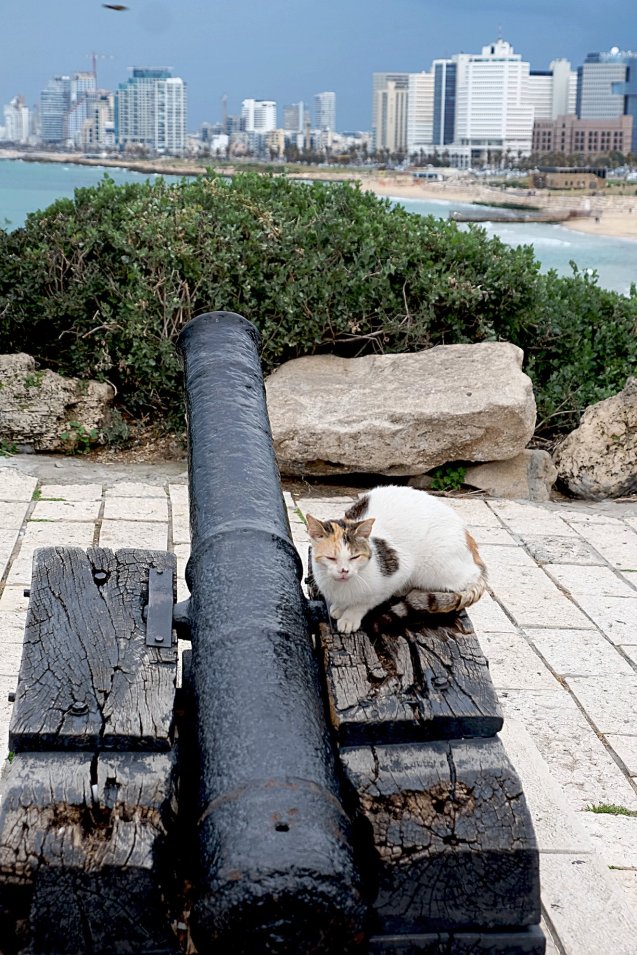 This cat intends to fire this canon. He has that look 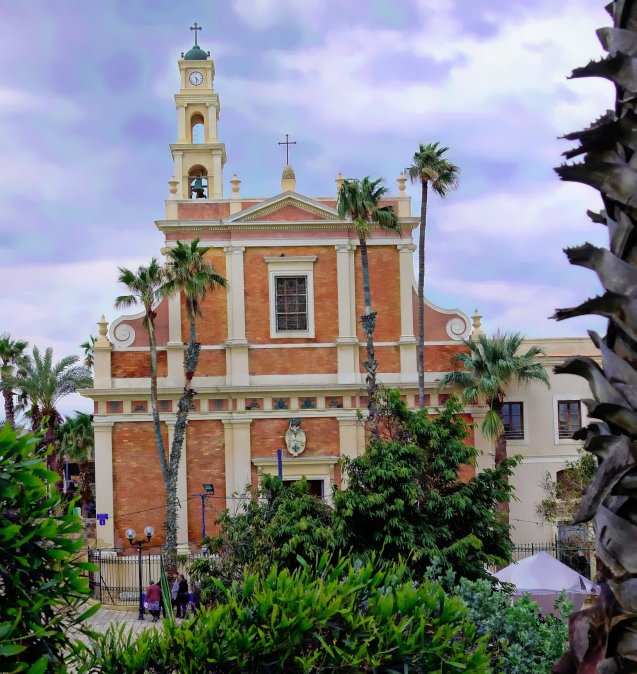 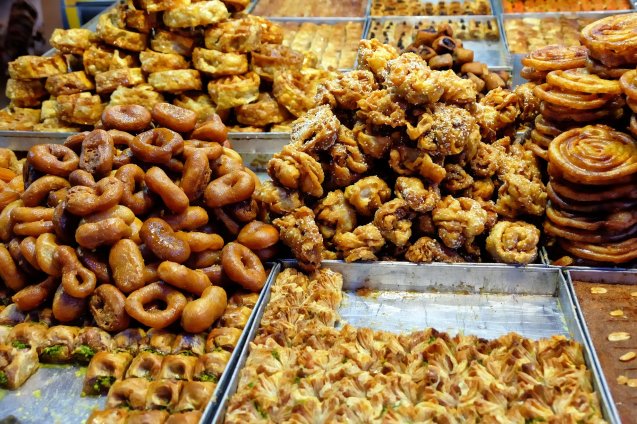 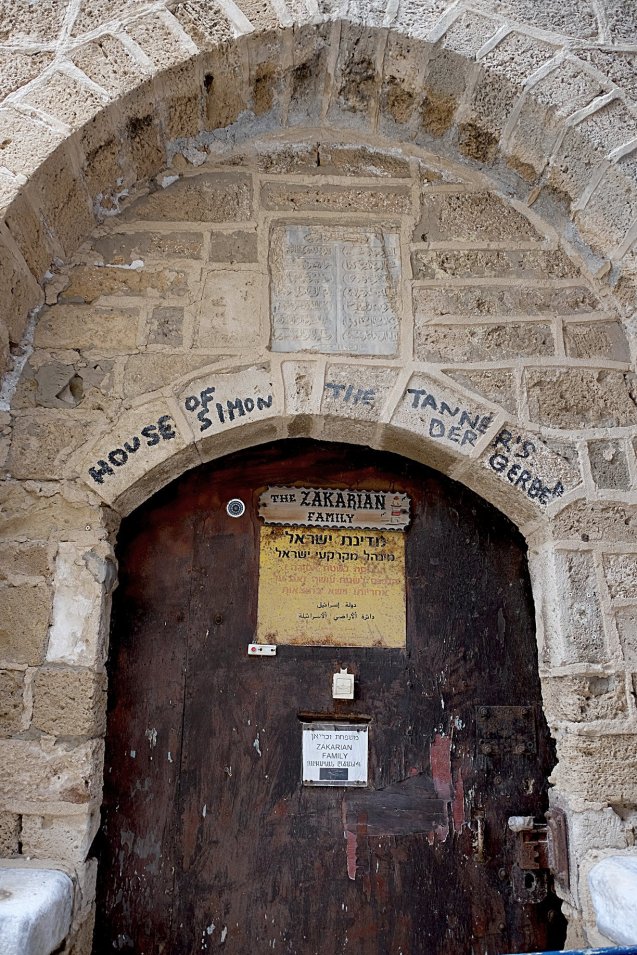 Artist Statement : Is ‘Deracinement’ the big sickness of our times? Can uprooted existence, established so definitely through international economics, communication & technology produce a new, lighter genuine aesthetic? My ‘growing sculptures’ do not try to answer these questions. They rather show a ‘rooted – uprooted’ state while going on living, much as we do, growing into an unclear future. 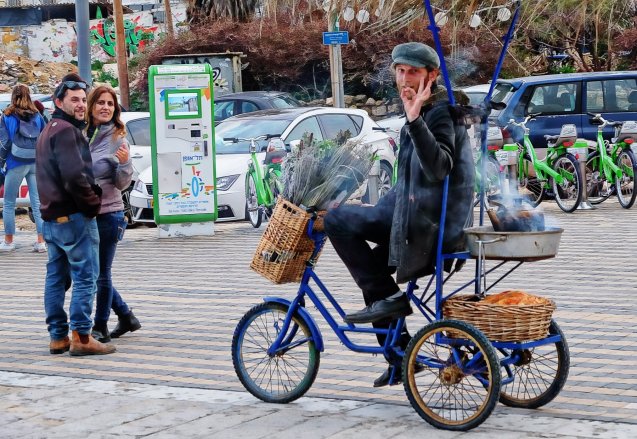 He was making herbal tea on the back of this trike so we bought a cup. It was delicious! 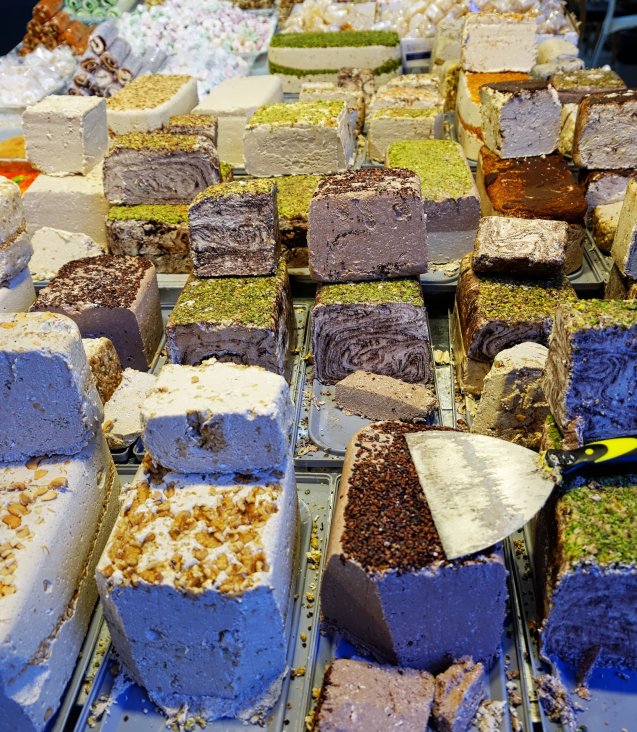 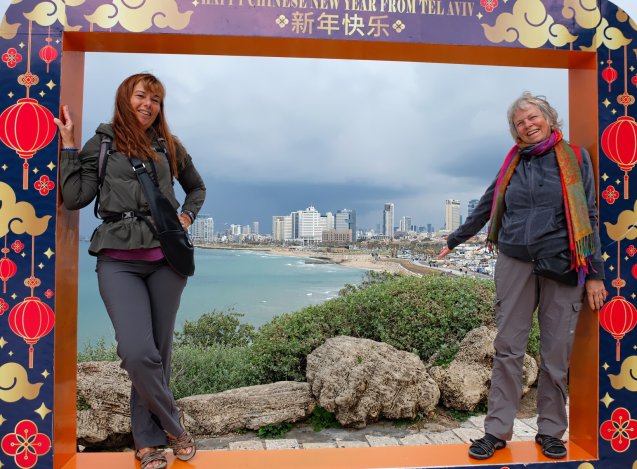 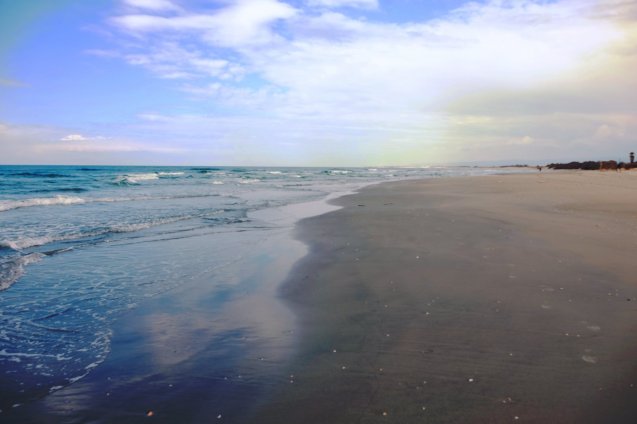 Beach at the Kibbutz Mgaan Michal 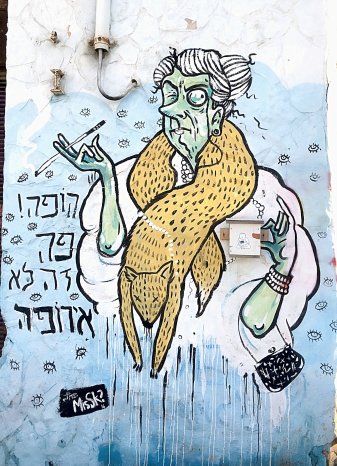 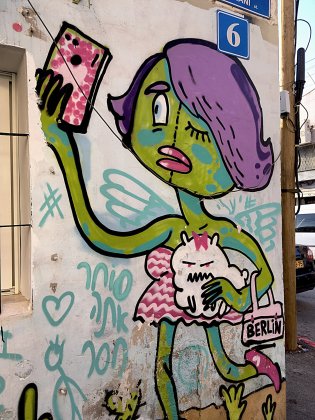 One thought on “Tiberias, Safed, the Golan heights and Tel Aviv all on Israeli public transit”