I used up the last of my aeroplan points for a flight to Costa Rica for my grand-daughter  and I. With all the changes in that program it will probably be my last. Bummer. Avianca Air fed us very well and we landed in San Jose right on time.

Michael from the Finca Escalante hostel was there to meet us as promised and directed us to the taxi driven by Warren’s (our host) brother. I love staying in locally owned, family establishments like this. Warren greeted us, we settled in and he gave us lots of information on how to see the area without spending a fortune.

After breakfast at the hostel we headed to the bus stop as per Warren’s instructions to wait for bus 307 to take us to the Irazu volcano. We waited, made some friends of other tourists waiting, waited some more and just when we’d given up and decided to do something else, it showed up. 1.5 hours late. Apparently there was an accident somewhere.

When you finally get out of the city, the bus ride is beautiful. We tried taking photos but ended up just enjoying the spectacular views. Our time at the volcano was shorter than we’d hoped but it was enough. Ariel and I split up for a bit and she managed to attract a young man to hang out with. She’s attracting a LOT of attention. Apparently she’s gorgeous.

On the way back we got off at Cartago where we walked to the Basillica of Los Angeles. This church has a lovely story in its history. You can read all about it here. Basilica of our Lady of Angels and then the Ruinas Iglesia. They’ve built a garden inside the ruins of the old church.

From Cartago we took the train to San Jose. It was standing room only but it was different and we got to see some of the back streets and neighbourhoods.

We walked back to the hostel through the university which seems like a very nice place to study. Tacos for dinner and a shower and we were done for the night.

Post Office.  People have to go there to pick up their mail 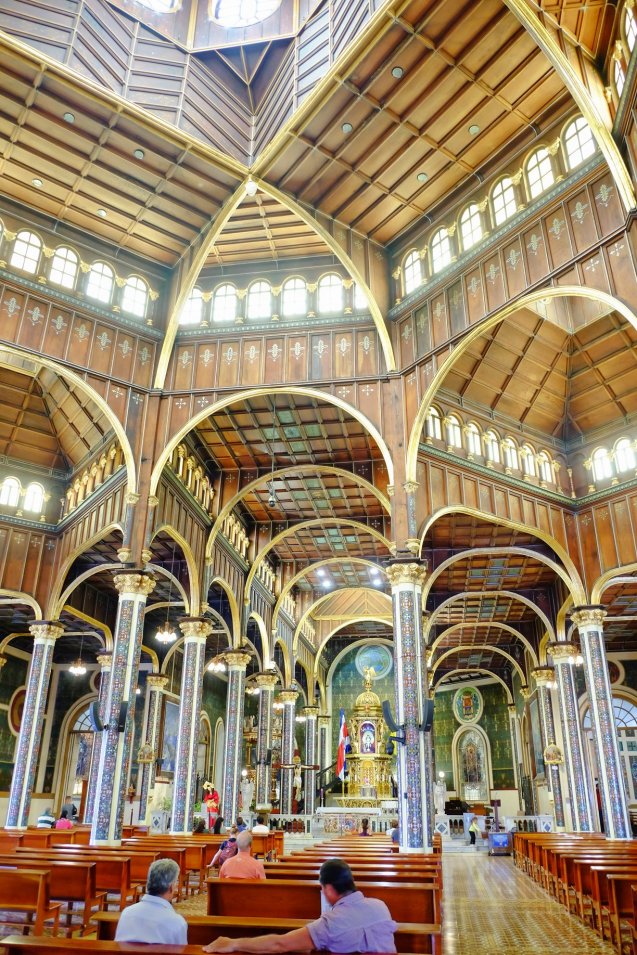 After a much better night’s sleep and a good breakfast enjoyed in the courtyard of the hostel, we walked to the National Theatre to meet up with a free walking tour. On the way we found a Scotia bank. Having access to a Canadian bank is wonderful.

The walking tour was excellent. We spent the next 2.5 hours following Steven all over downtown San Jose. When the tour was finished we joined him for lunch at a local diner. Then we went back and spent more time at some of the places he’d shown us. He told us the National Museum was good and had a butterfly sanctuary so we went there. After going through the whole place and not finding the butterflies I asked a guard. Nope. They let the butterflies go for the winter. Well bummer.

There was a festival going on in the National park so we walked back there and enjoyed the festivities there for a while.

Back at the hostel we sat for a bit and doctored Ariel’s toes as she’d acquired a few blisters. There was a family preparing for a wedding using a room there which was fun to watch. We picked up our bags and walked to the hotel where we would be joining our tour group. My maps.me app failed me here and we couldn’t find it. I asked a taxi driver who tried to explain but he had no English and my Spanish just wasn’t cutting it so he asked young man walking by if he spoke English. Yep. So now we had a taxi driver telling the other guy the directions so he could interpret for us. We thanked both men profusely and kept walking. Again, I was happy we packed light.

After checking in to the Boutique Hotel Casa Orquídeas we spent a couple of hours relaxing before meeting our group we’ll be spending the next 12 days with. Dinner was at a sports bar where Ariel got to have chicken fingers.  She’ll be eating plenty of rice and beans for the next while 😉 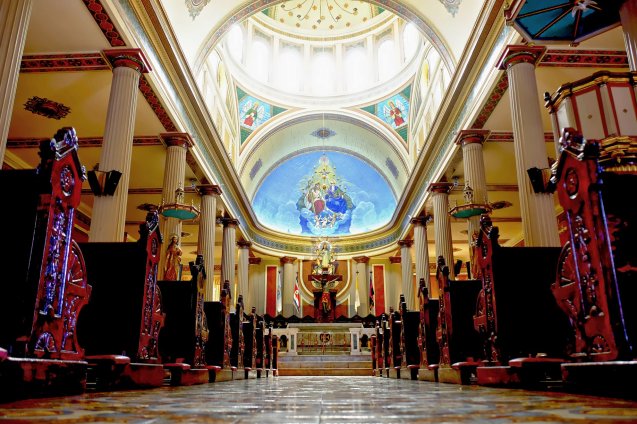 View from the National Museum

10 thoughts on “San Jose, Costa Rica. The beginning of a great trip!”