Breakfast at the Comfort Hotel was really good with blueberries and apples to put in my yogurt today. YUM!

Catching the shinkansen today was easier and we sped off to Hiroshima. The Hana Hostel was pretty easy to find and we dropped off our bags and set off again to explore.

Hiroshima castle was first then on to the Dome, peace memorial and the Peace Memorial Museum. Wow. The museum is very well done and tasteful. There are many awful pictures and personal testimonies that really help you understand how horrific the whole situation was. The facts are laid out and there is no blame placed anywhere. It’s obvious the whole purpose of the museum is to keep the memories alive so this kind of thing never happens again. It’s well done but its a gruesome, distressing museum and there were many times it made me emotional. To me the most meaningful thing was seeing the pictures drawn, painted, and sketched by those who lived through it. They were done years later but the memories were still so vivid. It was incredibly moving. 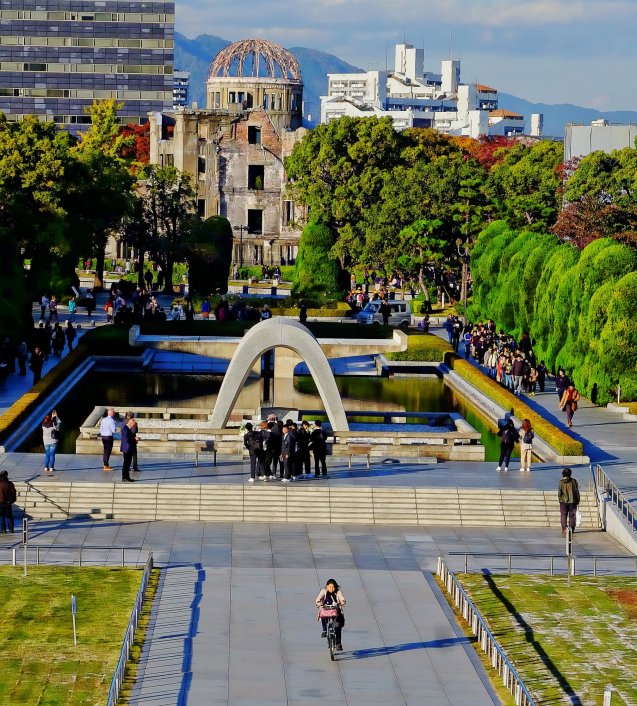 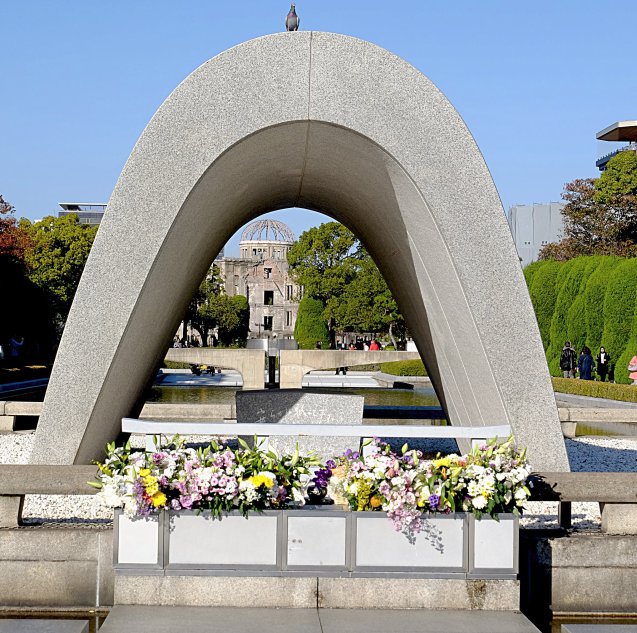 Peace memorial with the dome in the background

The dome. The only building left standing after the A bomb 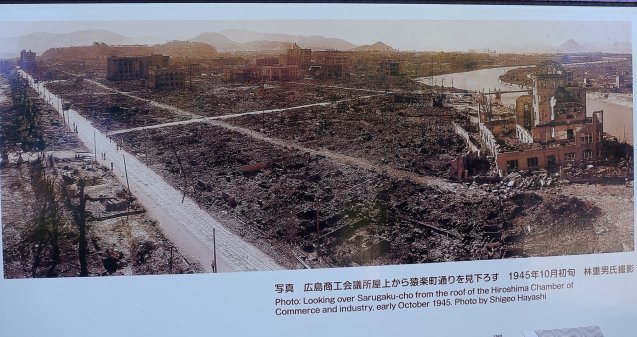 The city was flattened.

We had no idea what to do for dinner so just went in the general direction of the hostel until we found something appealing. The menu on the outside of a place I can’t remember the name of looked interesting so we entered. Japanese places have a way of announcing the arrival of customers that I find really amusing.

We ordered horse sashimi to share as it’s supposed to be a Hiroshima speciality and I ordered an oyster hot pot. I didn’t know what that meant but it sounded good.  It turned out to be a big bowl of food that you cook yourself over a burner. The oysters were the biggest I’ve seen and delicious!  The horse sashimi was really tasty.

After going to the JR station to make sure the tickets we had were for the right place (They were. I was just having a brain fart) we boarded the train, then the ferry for Miyajima. There we spent the day wandering, taking photos, riding the funicular, eating treats and people watching. Great fun.

While sitting waiting at the rope way, a little boy sat beside us and started chatting away, of course in Japanese so we didn’t understand a word. We just responded to what we thought he was saying. He was part of a kindergarten class. His teacher thought it was funny and asked to take our picture with him. Sure! She got him to say “my name is…” We told him our names, that we’re from Canada and taught him a few words, like pine cone as he had one in his hand he seemed quite excited about.

By the time we got back to Hiroshima it was almost 6 so we picked up a light dinner, plus breakfast for the next morning at the 7/11 That store has everything.

He was showing me his new toy. At the temple for the dedication of 3,5 and 7 year old children.

Shooing the deer out of a restaurant. 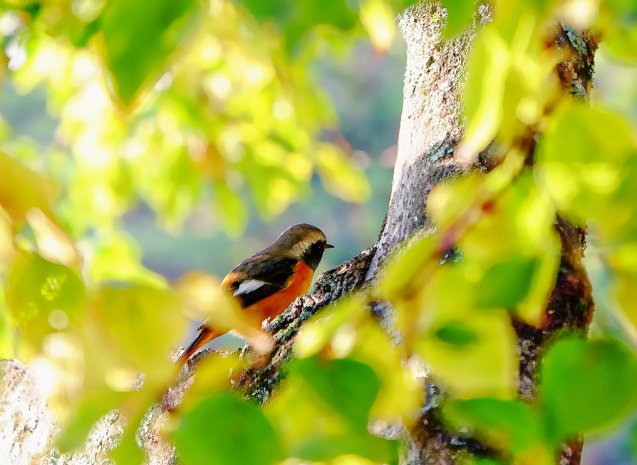 Chatting with 6 year olds in the rope way 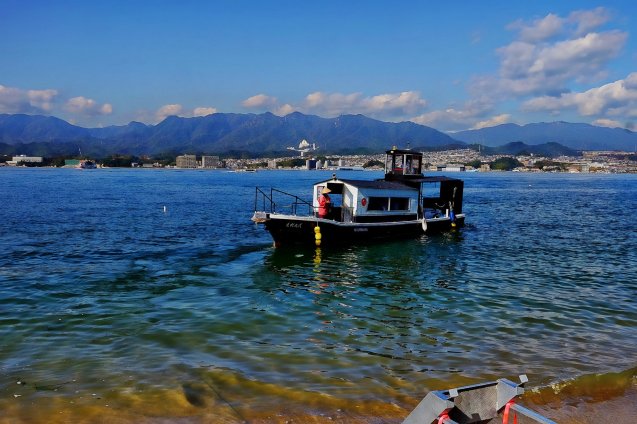 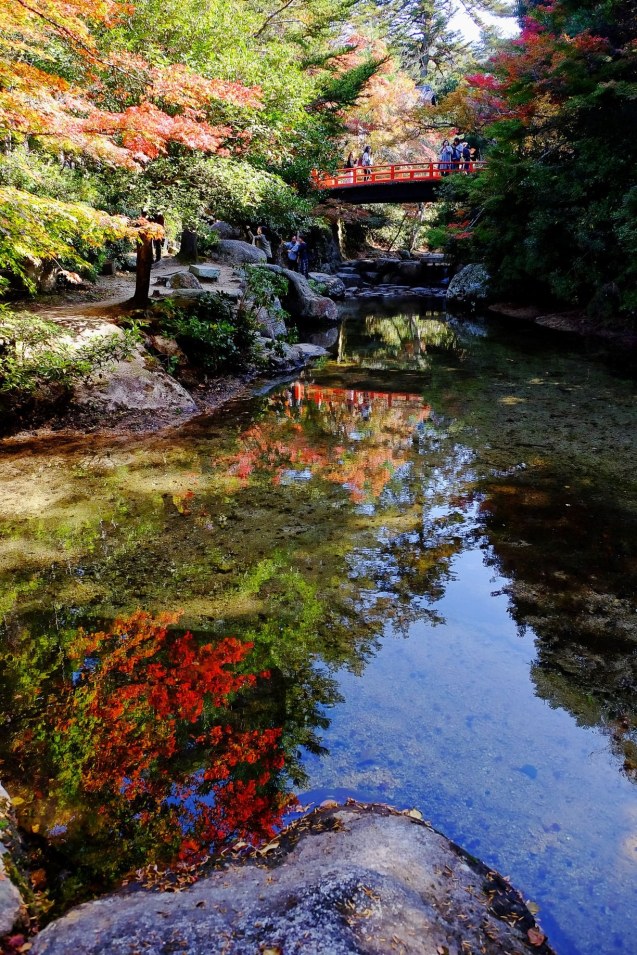 The deer joining his buddy?

Sunset on the way back from Myajima

I’m not sure where my head was at this morning but we got off a stop too early. I stood there trying to figure out why google maps said it would take me an hour by bus to get to our hostel. That’s when we realized this wasn’t Hakata. Oh well. Back on the platform to wait for the next train

After dropping the bags we headed off to figure out what to do in Fukuoka. Apparently hostels in Japan aren’t nearly as helpful as other places in the world so we went to the tourism information in the train. Yeah. More shrines and temples. No thanks. We happened upon a Christmas market and some very energetic dancing groups performing. After asking a few people we found it it’s a traditional type of dance called yogasaki and it’s really fun to watch.

Dancers at the Christmas market

As the canal city mall is a number one thing to visit (a MALL? Really? SIGH 😦 ) we wandered around for a bit and saw crowds of people looking over a railing. We found a spot and asked a young girl about it. That turned into a conversation with her and her very shy friend. She seemed keen on practising English so we chatted with her while we waited for the fountain show. 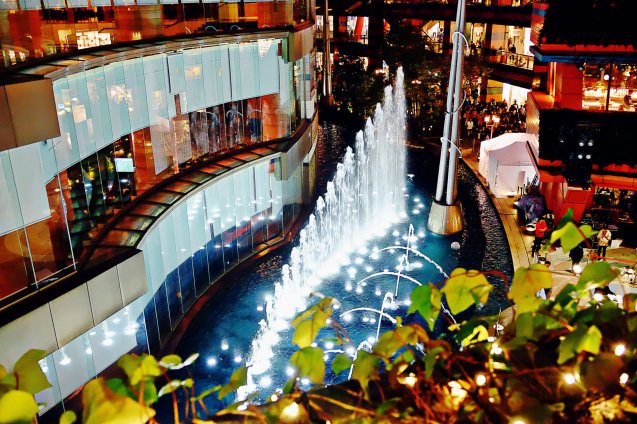 A grocery store near our hostel had LOTS of interesting things so we picked up dinner and breakfast for the next morning and searched the internet for ways to get to Yufuin and Kawagawa Onsen. I found and booked a bus tour for Tuesday

Monday’s weather forecast was miserable and rainy so we postponed heading out until about 10 am. Then we took a JR train from Hakata to Kashii, switched to another and spent the rest of the day walking around Sea side park. It’s a huge park and really nice with practically no people due to the weather. 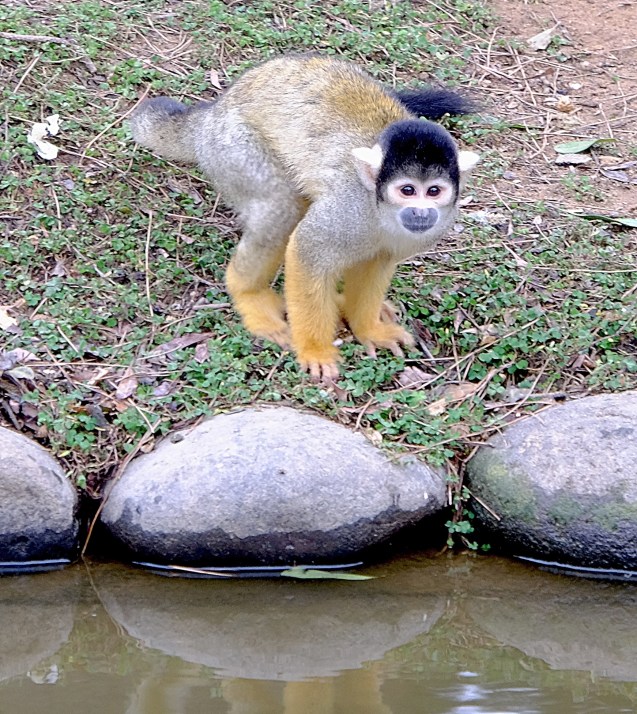 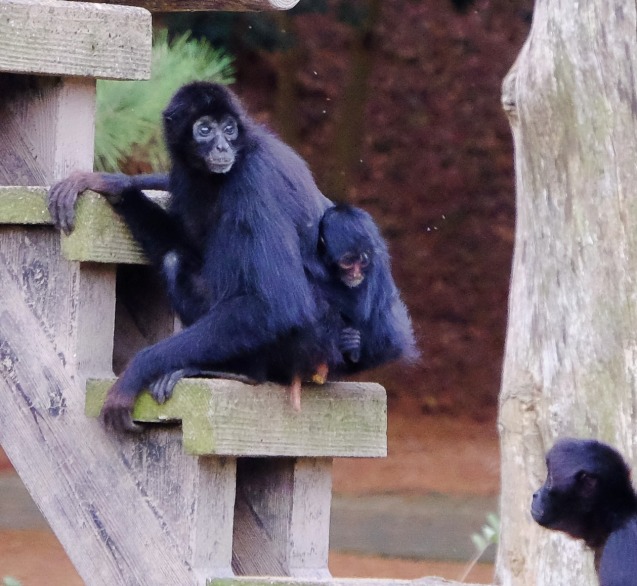 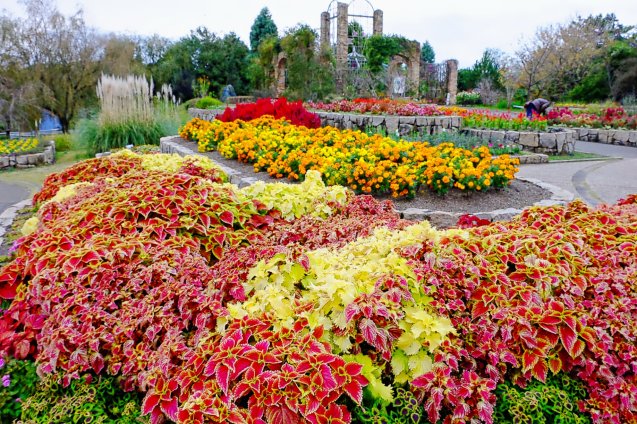 Checking out his reflection 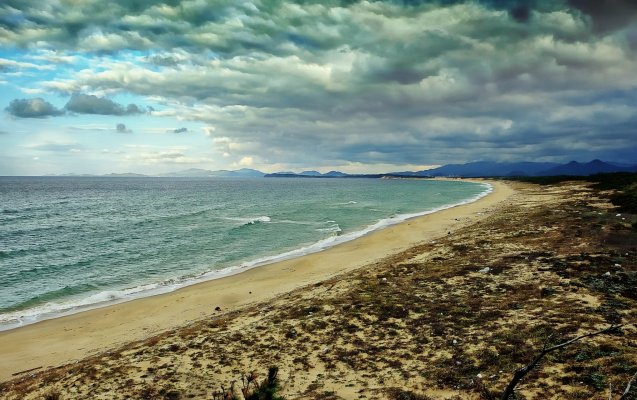 Back in Hakata we checked out the observation deck on the train station, then searched for Fukuoka ramen, Tonkotsu. Shin shin was highly rated and deservedly so. Delicious!

After checking out the beautiful Christmas lights we called it a night.

I’d booked a tour with veltra.com today. It was just bus fare but made it so much easier to get to Yufuin and the highest suspension bridge in Japan. It was really cold at about 6 degrees with a bitter wind. We were supposed to go to Karawakawa Onsen but the driver dropped us off at a place where it was just a few ryokans. We didn’t want to do an onsen for 600 yen when we’d done it lots and will do it some more in visits to come. We really just wanted to wander the village but didn’t get there. The driver didn’t speak english so I sent a complaint to the company. Oh well. The drive was nice and the views beautiful.

**Note the company did give us a bit of a refund but the description of the tour hasn’t changed.

We picked up fruit at the local grocery store after being dropped off and found a udon place for dinner. I’ve decided udon is my least favourite noodle. It’s too thick and gooey. There you go 😉 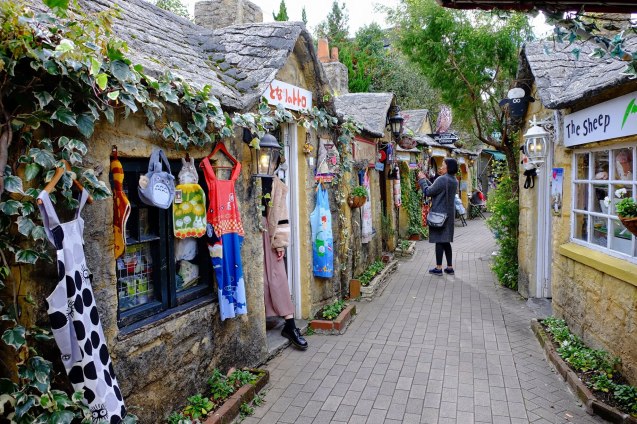 There were 3 dogs in this buggy. One is being photographed. 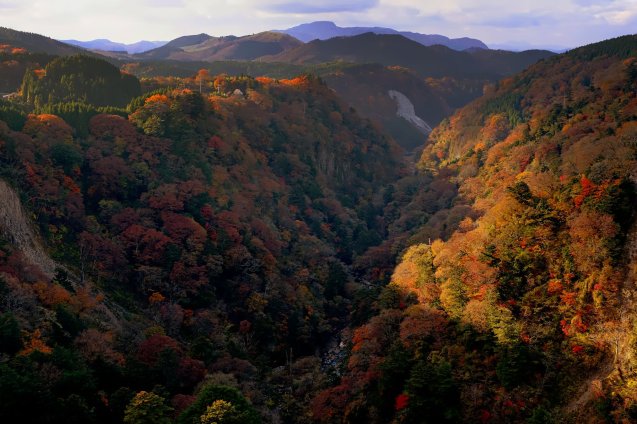 4 thoughts on “The Japanese journey continues into Kyushu; Hiroshima and Fukuoka”