Sitting in the airport in Kuching while waiting for our flight to Singapore, I decided to check our hostel reservation in Cebu. March 11-13. Okay. Uh oh. Today is the 10th. We arrive in Cebu on the 11th, yes but at ONE AM! There’s no wifi in the gate area in Kuching so upon arrival in Singapore, after doing the security thing collecting our bag, doing more security stuff, we sit down get some wifi and find a hotel on booking.com that’s close to our hostel. We’ve got to pay a bit more than usual but at least we had a bed.

We got an uber to pick us up at Cebu airport and the drive through town was unimpressive. We’d been warned that Cebu is not pretty but thought maybe it has some redeeming qualities. After a good (though short) night’s sleep and a nice breakfast, we walked to our hostel. So far, Cebu is just as ugly during the day. We putzed around and figured out what we’re doing after Cebu and set off to discover the city. It’s still ugly. So we decided to go for a massage. I was going to get the Thai massage but decided I didn’t feel like being tortured so opted for the Swedish massage. At 300 pesos (less than $10) for a full hour, it was well worth it!

We’d thought of spending a day snorkeling off one of the islands nearby and texted a recommended operator. He finally got back to us late at night with a price that was much higher than his website stated. So instead we decided on a DIY walking tour of historical Cebu.

We walked to the water front thinking maybe it would be nice there but felt completely unsafe. Some areas seemed okay but others….just felt sketchy. Fort San Juan is a nice oasis in the midst of the smelly city. Magellan’s cross, the Basillica and Cebu Metropolitan Cathedral were all nice but the walk to get there has lots of unpleasant areas, disgusting odours, garbage piles, and a river with floating debris that really smells. There were still some friendly people but for the most part they were begging, trying to sell us something or just stared like they’d never seen two oldish white women before.

We’d walked for several hours and were hot and tired so opted for the cool of Robinson’s mall. That’s another oasis. It’s a huge mall with expensive stores in the middle of poverty. Since lechon (pork belly) is supposed to be good here we decided to try it. It was tasty but I don’t need to have it again. During all our walks, taxis and jeepneys were constantly honking “do you want a ride?” I guess it’s weird to walk here. I can see why now! 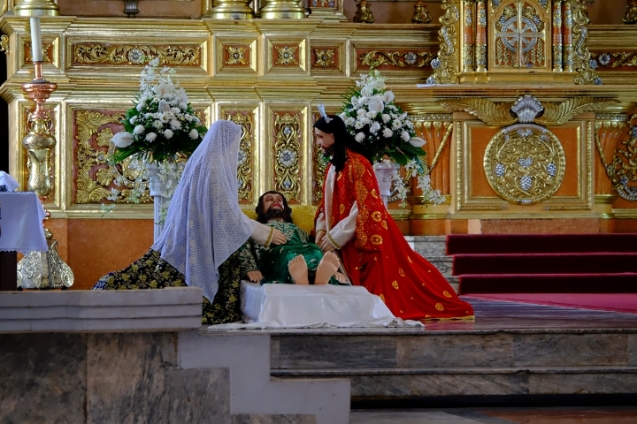 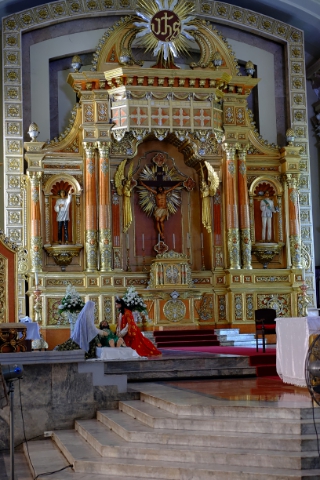 Cebu is my least favourite city of anywhere in the world so far.  I’d have taken more photos but many places I just didn’t feel comfortable even taking my camera out.  It’s too bad as it could be such a nice place.