A tricycle took us to Larena where we caught the 1 pm Ocean jet fast ferry to Tagbilaran, Bohol. There we were met with the usual bunch of various vehicles wanting to drive us somewhere. We ended up sharing a van with another couple as the tricycle / bus combination sounded too complicated.

The Lost Horizon Annex is not on the beach but only a 5 minute walk and the room was really nice, complete with a REAL shower and a mini fridge. YAY, cold drinking water! Alona Beach is much more built up and hawkers were everywhere. We listened to all their spiels and tried to figure out what to do while here.

Bohol Divers was the only one that offered to take us snorkeling with their dive boat so the next day we headed out to Balicasag Island which is a marine sanctuary. The 6 divers got in and then the 5 snorkelers. The coral was beautiful. The fish abundant and I saw several turtles, including one hawks bill. I still didn’t get a decent photo though as he was pretty deep.

The next day we took a tour of the island which ended up being a van with a driver who just dropped us off at various sights. He was nice enough but it wasn’t really a “tour”. Stops included the famous chocolate hills, the tarsier sanctuary and an assortment of typical tourist spots. Lunch was a cruise on the Lomboc River. I ended up in a seat blocked in from all directions with a plant blocking my view so it wasn’t the greatest experience. The food was decent and plentiful though. 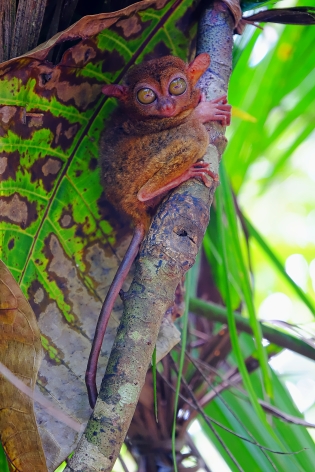 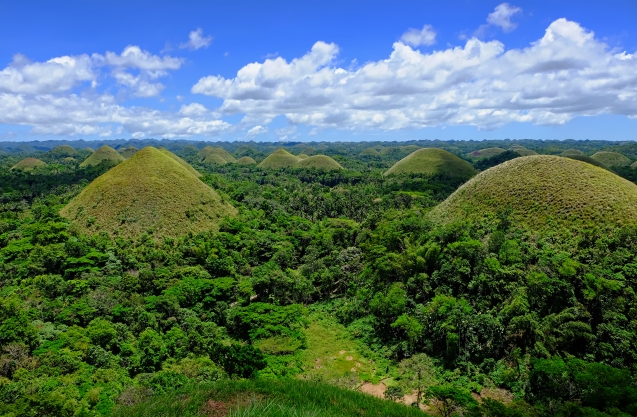 Having had enough of packaged tours, we spent the morning on the beach playing in the water. With so many boats on Alona beach, the coral is badly damaged but there’s still some decent snorkelling. It was enough to keep us busy for several hours anyway. 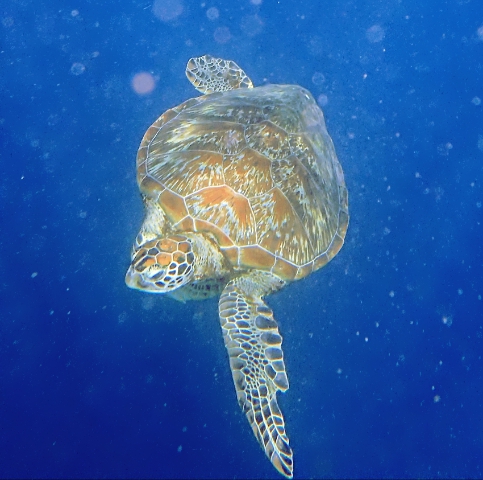 One of many colourful fish 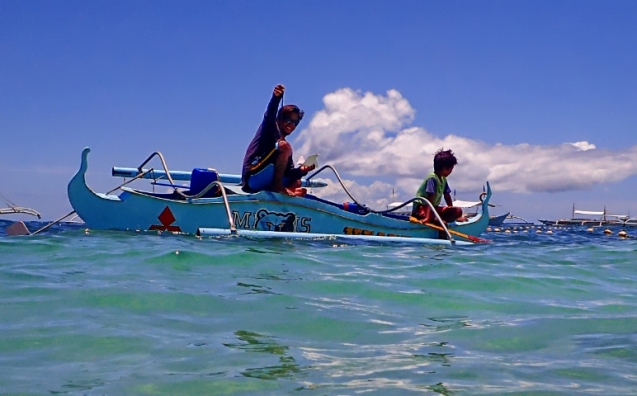 This guy tried to sell me pearls while I was snorkelling! When I told him I don’t keep money in my swim suit, he said I could get it later. LOL 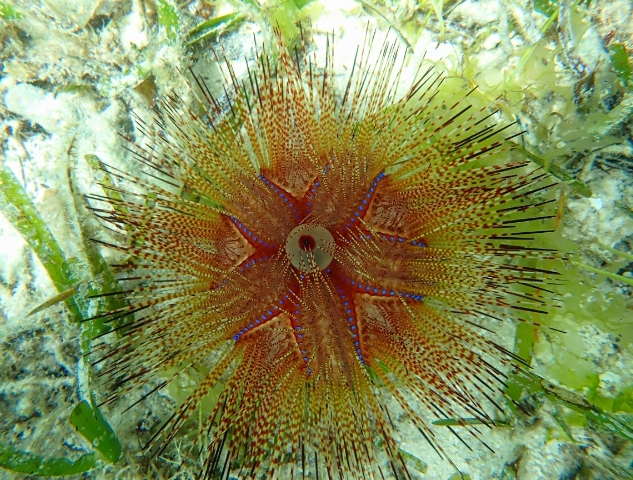 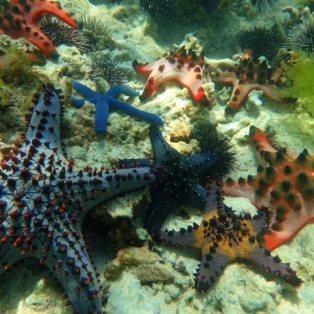 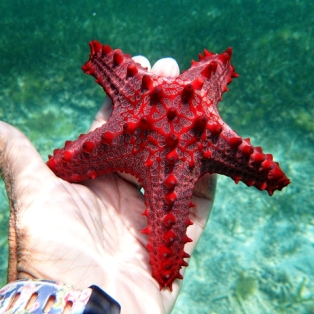 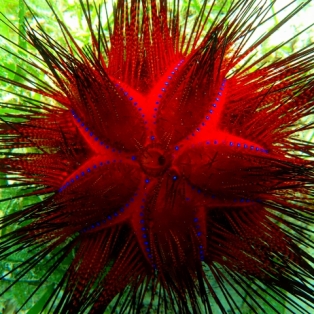 Just love all the pretty starfish and urchins! 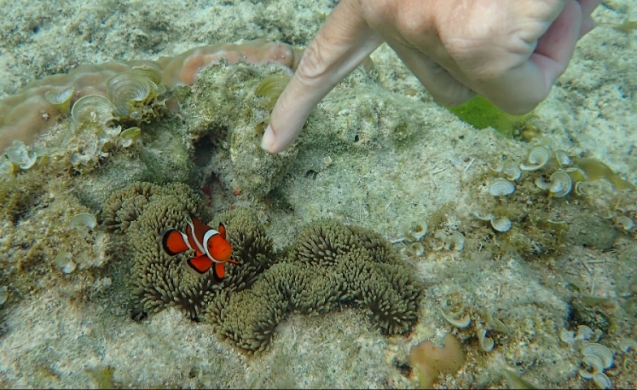 One thought on “Bohol, Chocolate hills, tarsiers and amazing life under the sea!”