After spending the morning going for a walk, chatting and reading we caught the baz bus for Johannesburg. Ghandi’s turned out to be a really nice hostel and we met Sean again. He joined us in a walk to a super market and we picked up food for dinner and the next couple days’ breakfasts. The streets along the way were filthy and covered with garbage. Apparently people put it out in bags but others rip them apart looking for “treasures” and leave it strewn everywhere.

Geert picked us up before 7:30 am and headed to the airport to pick up Paul, who also joined us on our trip to Pilanesberg National Park. Sue and I had decided we needed one more game park before heading home.

We spent the whole day driving around the park, looking for animals and enjoying the scenery. Lunch was at a restaurant that overlooked a watering hole where lots of giraffes, wildebeest and wart hogs visited.

Around 5 pm we arrived at the rest camp and went with another guide in an open safari vehicle equipped with lights for a night drive. We saw many more animals including a herd of elephants. One protective mama attempted to charge the vehicle but the guide banged the side of the door and hollered at her to “think about it!” I found that interesting as, if she really THOUGHT about it, she’d know she could very likely win a fight if it came down to it but she backed off.

Back at the rest camp, we enjoyed a nice dinner and headed off to bed in our comfy safari tent. I was nicely asleep when I woke to someone banging on the door. Apparently we hadn’t locked our door. Sheesh. I got up, locked it and when back to sleep….eventually.

5:15 am came early and we headed off again to find animals. It was an exciting day. We followed a pride of 11 lions who ended up crossing the road right in front and behind our vehicle. I looked one lioness right in the eye. Later, at a view point by a watering hole, we saw a black mamba (VERY poisonous snake) and were watching a croc and some lions off in the distance when a big, beautiful male lion strolled down to take a drink.

As we were leaving the park, Geert stopped to ask a couple in a truck what they saw and they were watching a leopard in a tree. Awesome! We had now officially seen the big 5! We probably spent close to an hour watching her, trying to get the perfect photo.

On the way back to Joburg, we stopped at a massive craft market. I had purchased nothing over the last 2 months so needed to pick up some souvenirs. It was painful. I hate shopping and really dislike bargaining. They do hassle you a lot less than they used to but it’s still NOT fun. Everyone shoves stuff at you. No one will give you a price until you spend 10 minutes chatting and then it’s ridiculously high. They all sell pretty much the same stuff. You’re always their first customer or their last……drives me nuts.

Back at Ghandi’s, the fellow greeted us with the key, took us right to our room and went to get our bags. Wow. Since it was dark, we weren’t about to venture out for dinner so decided to order pizza. Renee had arrived as well so she joined us.

At 9pm we were ready for online check in and to choose our seats. Luck is not with us as it appears to be a full flight with no window seats left. We’ll be lucky to get any sleep on the 11 hour overnight flight to London.

Let the “fun” of getting home begin. 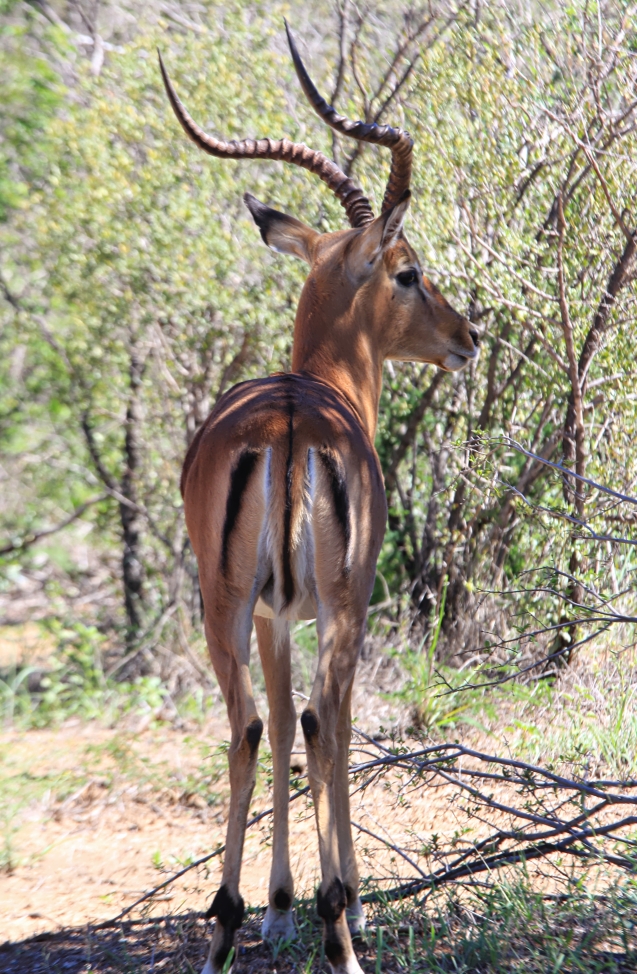 Impala…check out the M on his bum 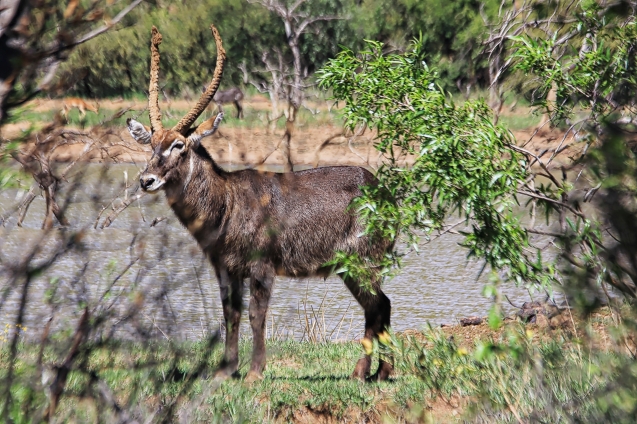 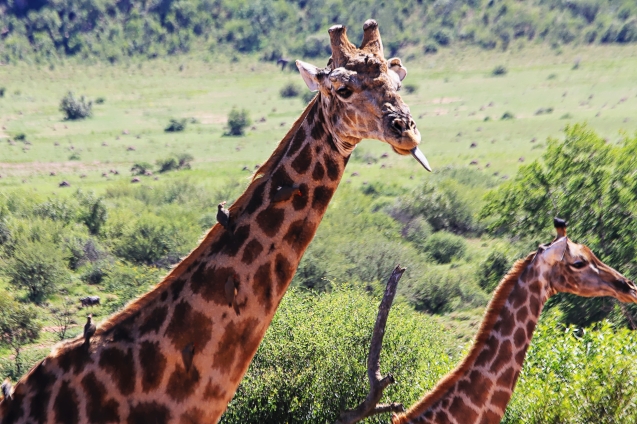 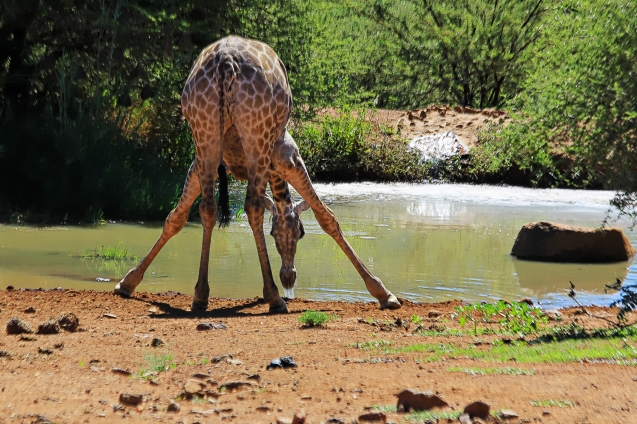 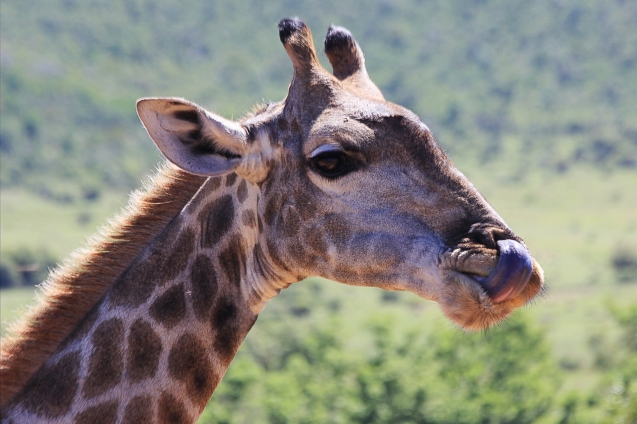 Bet YOU can’t do this with your tongue! 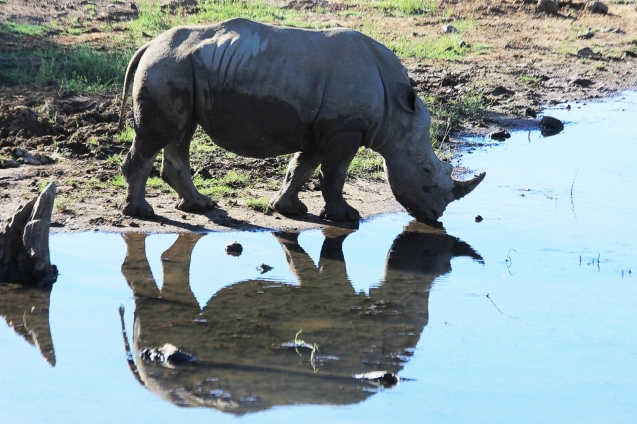 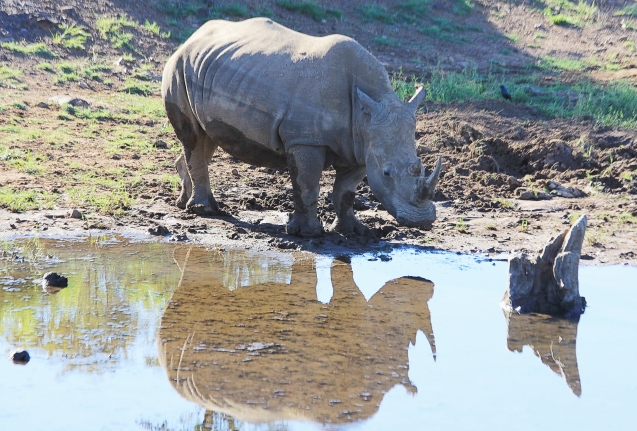 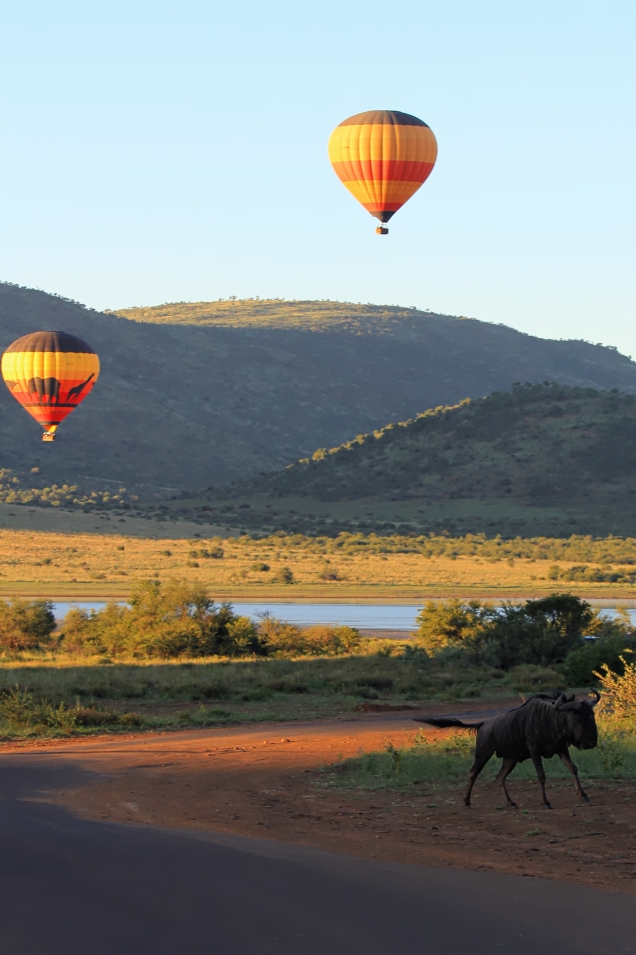 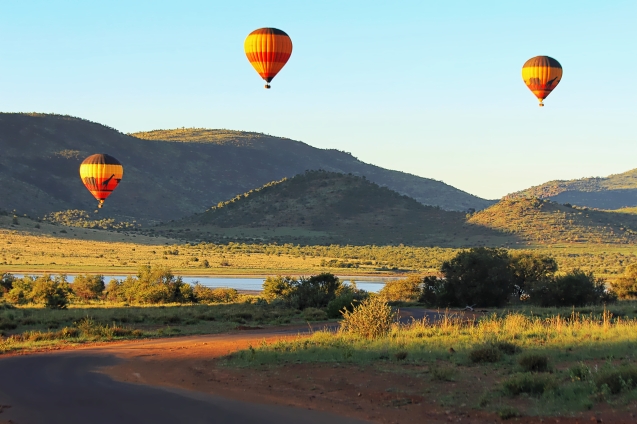 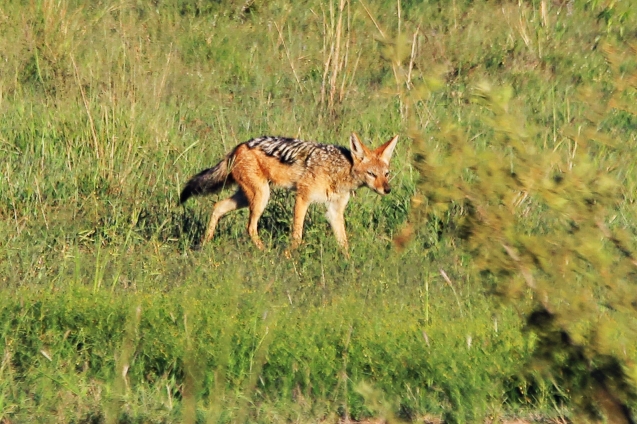 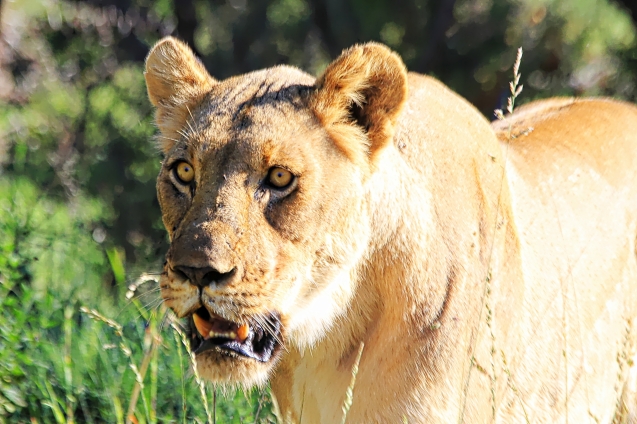 Close encounter with a pride of lions 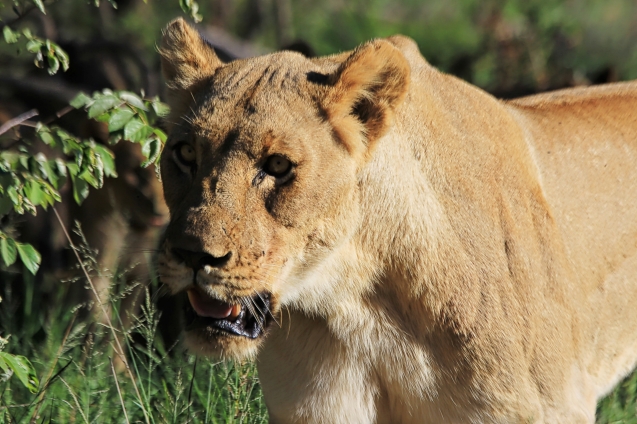 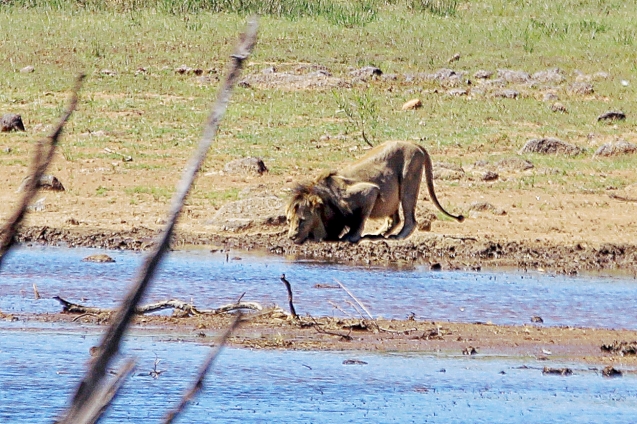 The king of the jungle having a drink 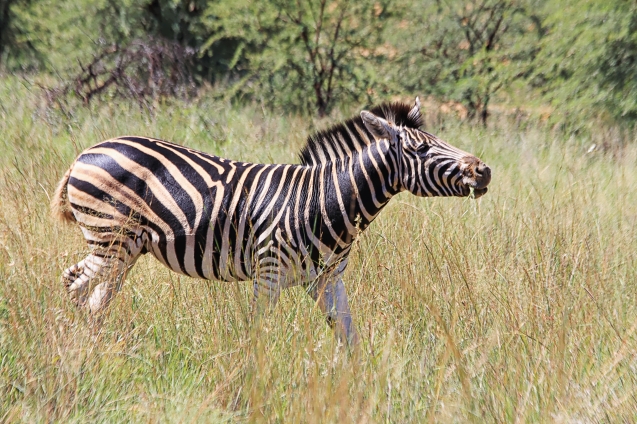 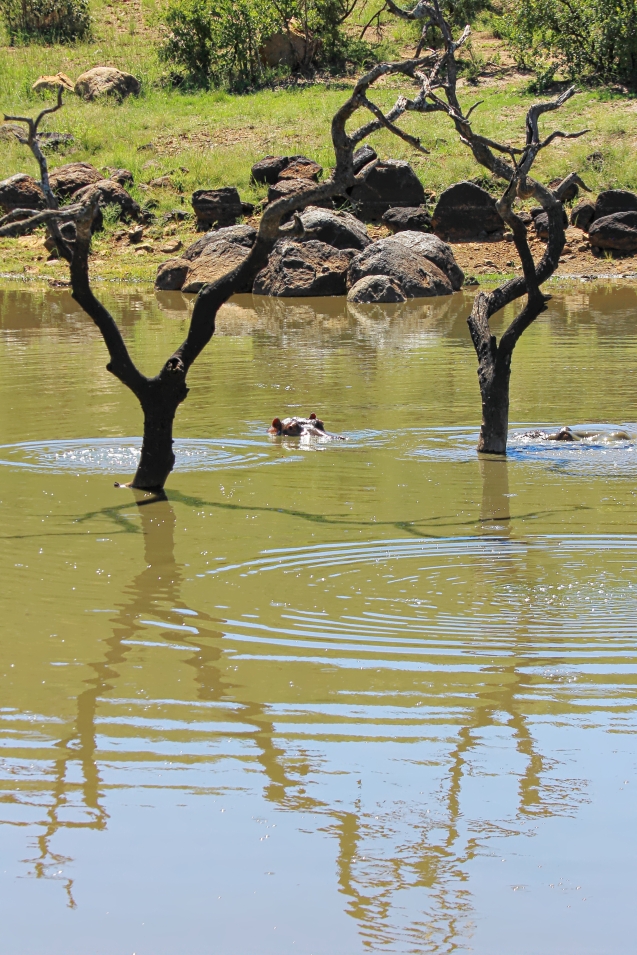 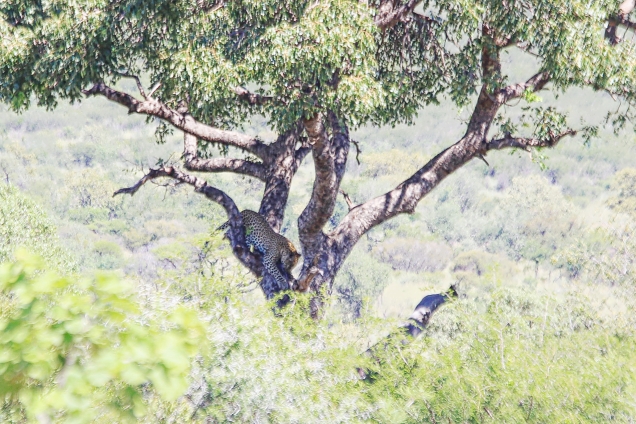 Finally got to see a leopard!! 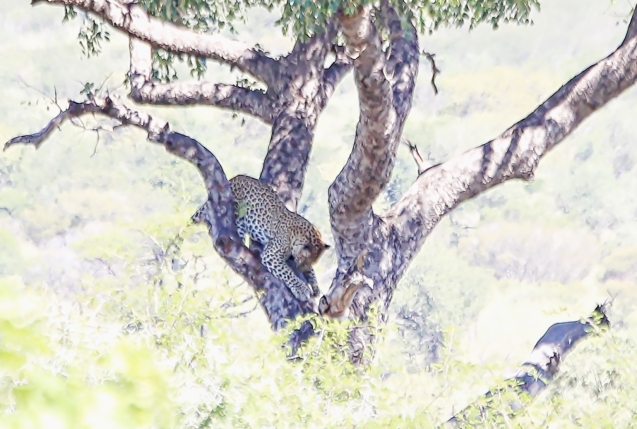 Hard to photograph in a tree 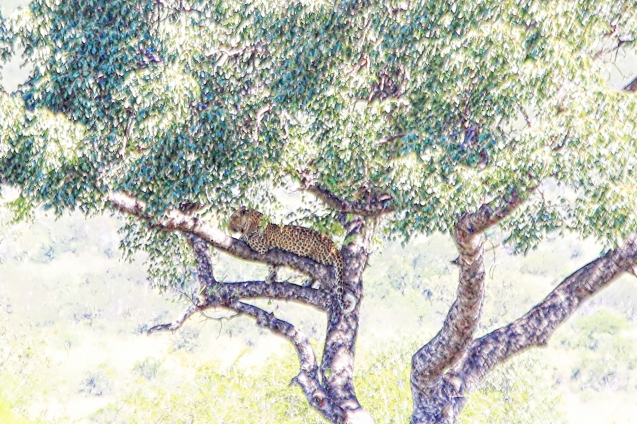 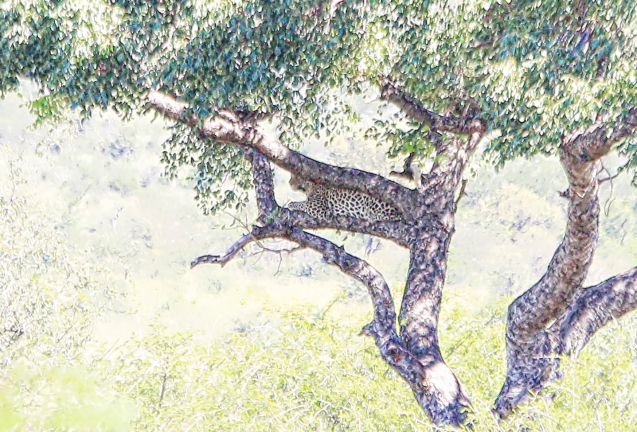