We arrived just before 11 pm and the front desk was closed but there was a nice young man to show us to our rooms. The Happy Hippo was a definite improvement over the last hostel as it was clean, there was lots of space and there were no smelly dogs.

In the morning after checking in, we arranged for a walking tour. Renee from the Netherlands joined us so it was the 3 of us and a Zulu man whose name I never did really get. He pointed out election signs to us and seemed very proud to see some of them in Zulu.

We took a local taxi / bus which is a van and very interesting. Generally only black people use them. There’s a driver who weaves in and out of traffic and looks after the music and there’s the collector guy who watches the streets and whistles for customers. There’s lots of sign language and signals going on and everyone seems to know how it works. One time the whistling guy jumped out of the van before it even stopped and there appeared to be a scuffle. 3 women climbed in and he had a bag which he threw up front, acting disgusted. Apparently someone tried to steal it from them and he got it back. We have heard that that’s why there’s not so much crime during the day. All you have to do is holler and someone will help you so thieves rarely get away with it.

Our guide led us through the busy, crowded, crazy streets of Durban and showed us lots of highlights like the Indian side and the white side as well as various churches and a mosque. We hit the markets next which floods the senses with sounds, smells, sights and lots of things going on. We learned a bit about Zulu culture and saw the market with Zulu medicines. A visit to fabric shop was interesting as we chatted with some ladies about women’s rights. Our guide had explained the value of a woman in marriage etc and that only sons carry on the business as if a woman marries, the business becomes her husbands. We had much discussion about that. A couple of the women agreed with us that if the business belongs to the woman, it stays hers if the man leaves. Maybe someday in South Africa too?

Our guide sent us back on our own in the bus with instructions to the whistling dude to drop us off at the grocery store near our hostel. When we worried that he didn’t understand, even a couple of women helped out by telling us they were getting off at the hospital. We’d be next.

The guy grinned when we got off and told us we owed him a cold drink for his help. Renee said “sure, drop in at the hostel later.!”

After buying some groceries we walked back to the hostel where we asked about the bust place to get bunny chow as apparently it’s something one MUST eat in Durban. She directed us to a take out place around the corner and offered to take us there when she got off in a half hour.

The place had a bird that several people came and fed things like a bottle cap full of orange pop. Strange. The Indian man was very nice and we chatted a bit. Bunny chow turned out to be a half loaf of bread with the middle scooped out and filled with chicken curry (bean or mutton if you want). Sue and I devoured it and told the man we were going walking on the beach. He warned us not to use a phone on the beach. They seemed to like stealing them. Hmmm. We took bunny chow back to Renee and opted to go out for an ice cream instead. Why push our luck on the mugging thing?

It’s strange as everyone we’ve met and pretty much anyone we’ve spoken to was friendly, helpful and kind yet EVERYone warned us how dangerous the city is.

Interesting seating in a church

Once a church, now a supermarket

Stained glass windows in the supermarket, once a church 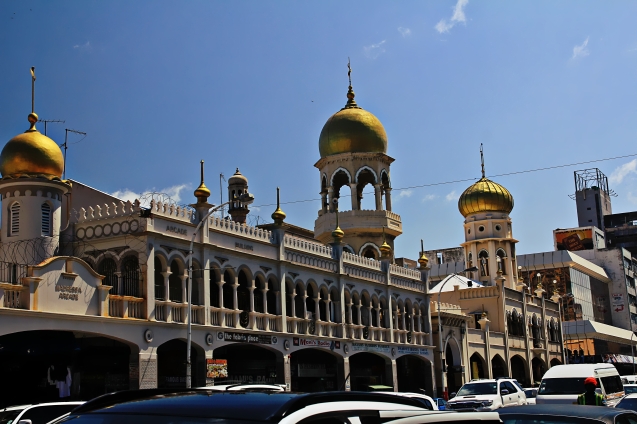 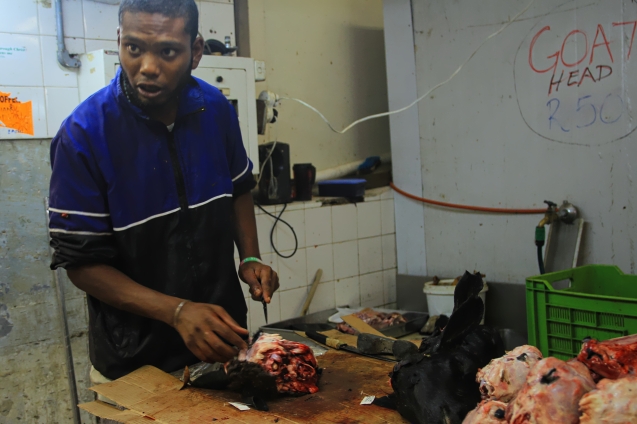 Helping Mom out at the market 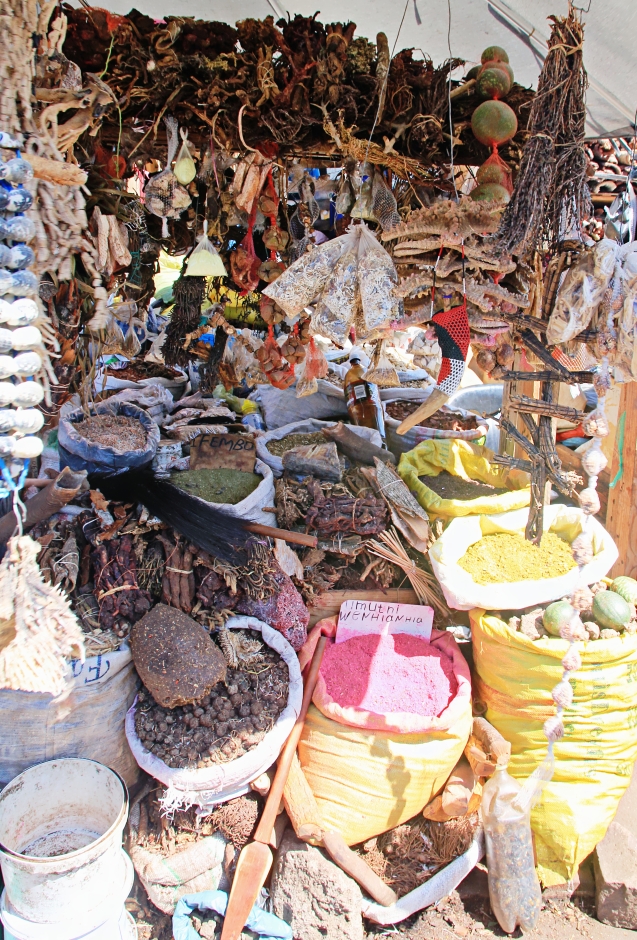 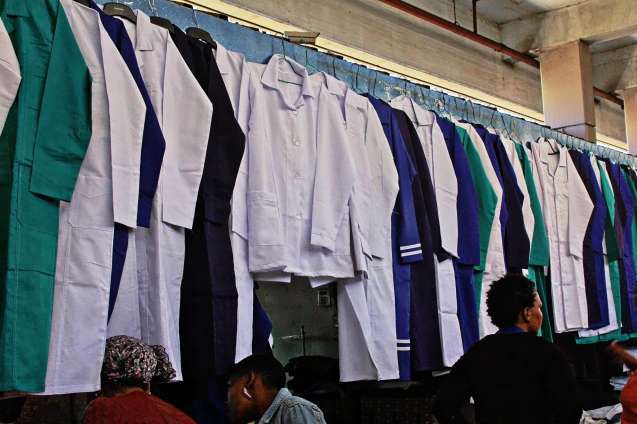 Magic in the streets