The problem with a 9 pm bedtime is I’m awake at 4 am. Oh well. We packed the tent and everything at leisure and enjoyed a couple coffees before the 7 am departure. We’ve been drinking some chicory coffee stuff and it’s just not cutting it so Sue got a jar of Nescafe. I’ve never appreciated instant coffee so much!

Our first stop was at a craft market. Edith mentioned that one of the vendors asked for her pen which made me think of the school supplies we brought. Aron (our guide) kindly opened the hatch and remove some chairs so I could get at the stuff. I handed pens, pencils and notebooks to kids walking to school and a few more to some of the vendors. It was MUCH appreciated and so easy for me so when YOU go, bring school supplies! Every little bit helps.

In Bulawaya we wandered around for a while and thoroughly enjoyed an ice cream cone on such a hot day.

Upon arrival at our campsite at Burke’s Paradise, it looked like rain so we rushed to get the tents up, just in time for a thunderstorm. All of us were thankful for great wifi and caught up on internet stuff.

By the time dinner time came, the power went out and the rain settled in. It was nice to discover our tent is indeed water proof as we settled in to spend the rest of the evening with a book.

It sure is nice to have wifi in your tent when the power finally does come on. That’s luxury camping!! Awaking at 5 am is kind of handy as then I could work on updating the blog in bed. 😀

Andy picked us up in his jeep and we motored on to Matopo National Park. One stop was a visit with some dung beetles, a hinged tortoise and a chameleon. He stopped a few times at rhino tracks and finally decided one set was fresh enough to track. Armed with cameras we piled out of the jeep and followed single file, with no chatter and followed Andy. He lost the trail a few times but found it again and after a couple of hours we were close enough to smell them. Still no luck so we walked all the way back. Further down the road he jumped out of the jeep and we heard some whistling. He came back with two game wardens and informed us they had seen them and he was going to have a look. We could come if we wanted. I found it ironic that the 5 oldest people in the group, including Sue and I, were the ones who immediately followed the wardens and Andy.

There is nothing so exhilarating as coming upon a group of wild white rhinoceros just munching away after tracking them for several hours. What an amazing experience! We got within 15′ of them! Andy whispered to just enjoy and never mind photos. He promised we’d see them again later.

In the jeep again and a few stops for checking out wildlife and then lunch. Andy put out a spread of salads, buns and cold cuts and we feasted while we engaged in MUCH controversial discussion on the pros and cons of hunting. Of course the killing of Cecil the lion came up and we heard the REAL story which, as usual, was MUCH different than what the media portrayed.

Back in the jeep (sounds easy but it’s not when you’ve got to climb a ladder with these old knees) we headed off to see the painted caves. That was a good hike as well but definitely worth it.

After driving, stopping, driving for a while again, we met up with the wardens and set off to find the rhinos again. Wow! The late afternoon sun made for beautiful lighting and a photographer’s dream. We kept perfectly quiet, moved slowly and Andy softly whistled to let the massive beasts know we were there, but no threat. We could get within 15′ feet and they showed NO agitation! That was THE most amazing experience ever!

Back at the camp I met Gladys, Aron’s wife, who is a doctor at the hospital in Bulawayo. Aron got the suitcase of medical supplies (courtesy of Not Just Tourists, Toronto) out of the truck and Gladys and I went through it. She was so excited by things like sterile gauze, foley kits, insulin syringes, etc that I was close to tears. Gladys said she’d have to show her boss and get approval and then would take the sopplies with her when she visits one of the rural clinics early in February.. She filled out the paper work and again, thanked me profusely. I didn’t know what to say. The suitcase was full of things we just take for granted will be available if/when we need them. Here, a doctor is excited to have sterile gauze and the right sized needles for insulin injections.

I finally got dinner around 8 pm. Florence asked me to please eat. Oh Florence. No worries. I’m not going to starve!! Shepherd’s pie for dinner. Devin will be so jealous!

Leopard tortoise. One of the small 5 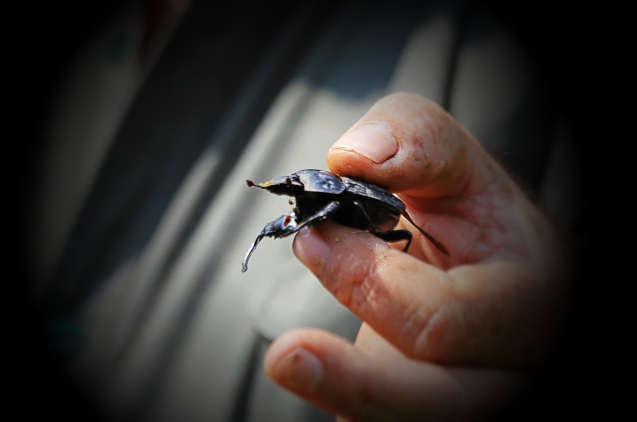 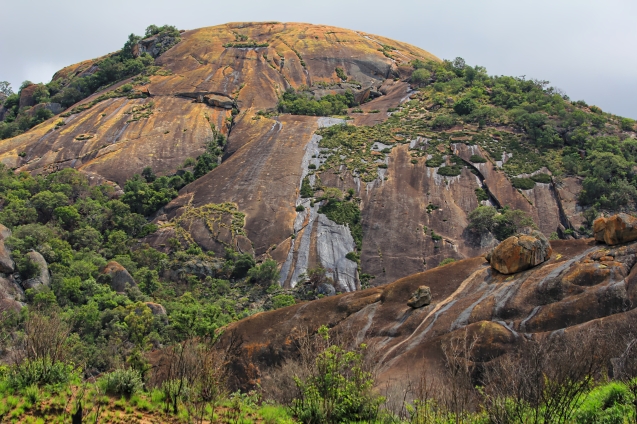 We found the rhinos!

Andy and the tiny leopard tortoise. Andy loves his job 😀

One of many amazing views 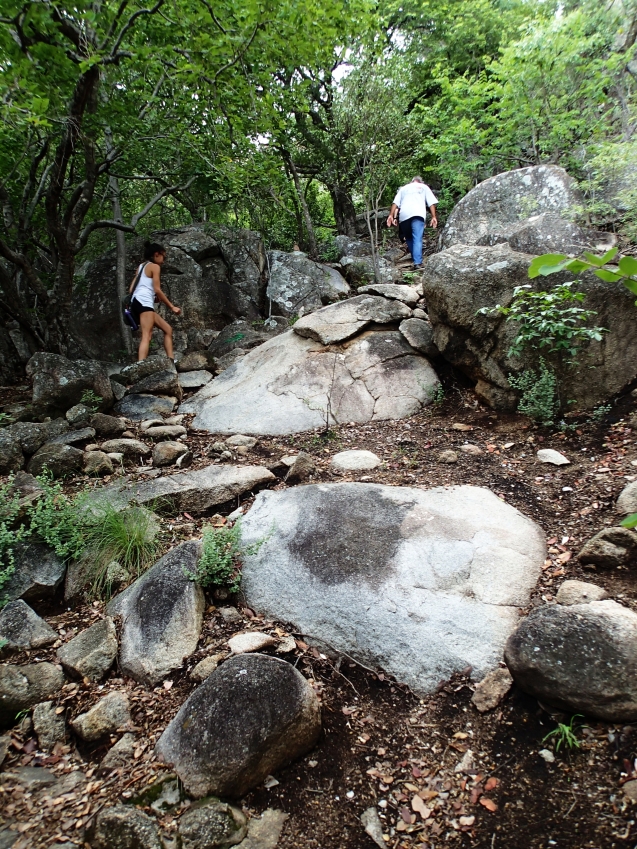 Path to the cave where the paintings are. 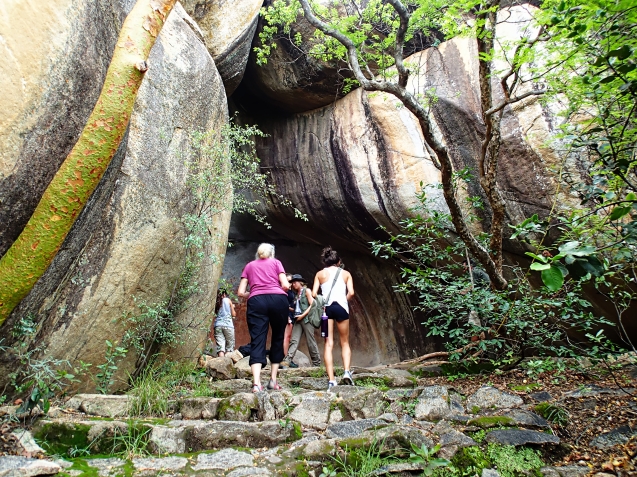 Entering the cave with the paintings. 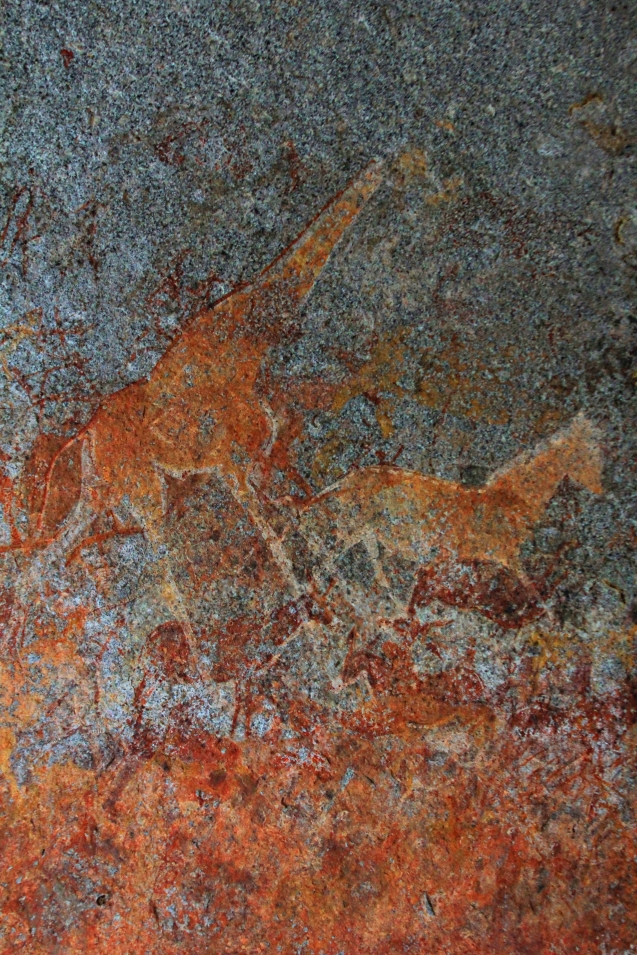 Lizard on a hot rock

My what big heads you have

Up close and personal with some rhinos

Yet another rhino. I got SO many good shots, it was hard to choose. 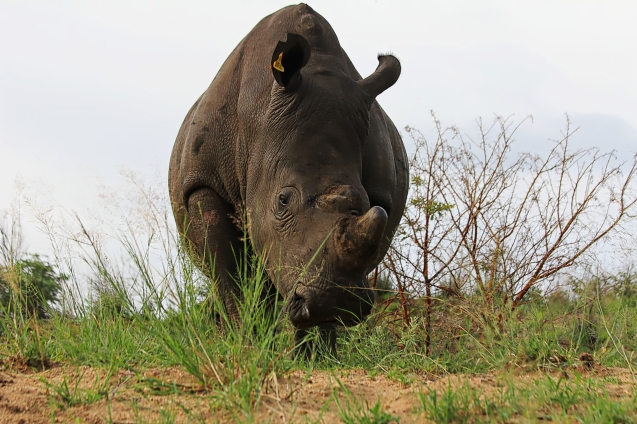 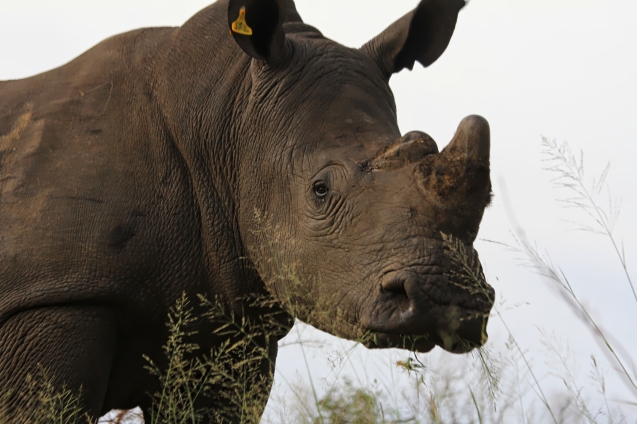 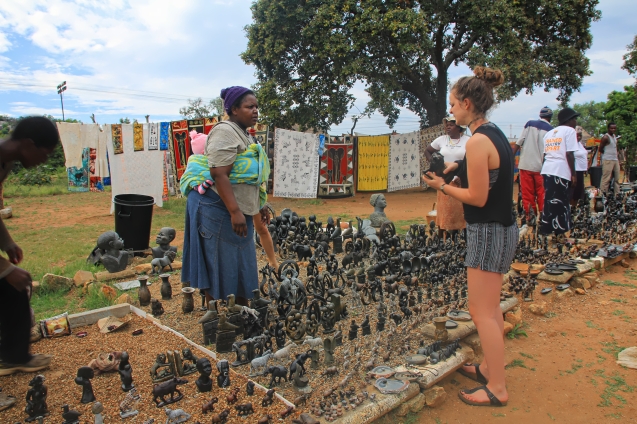 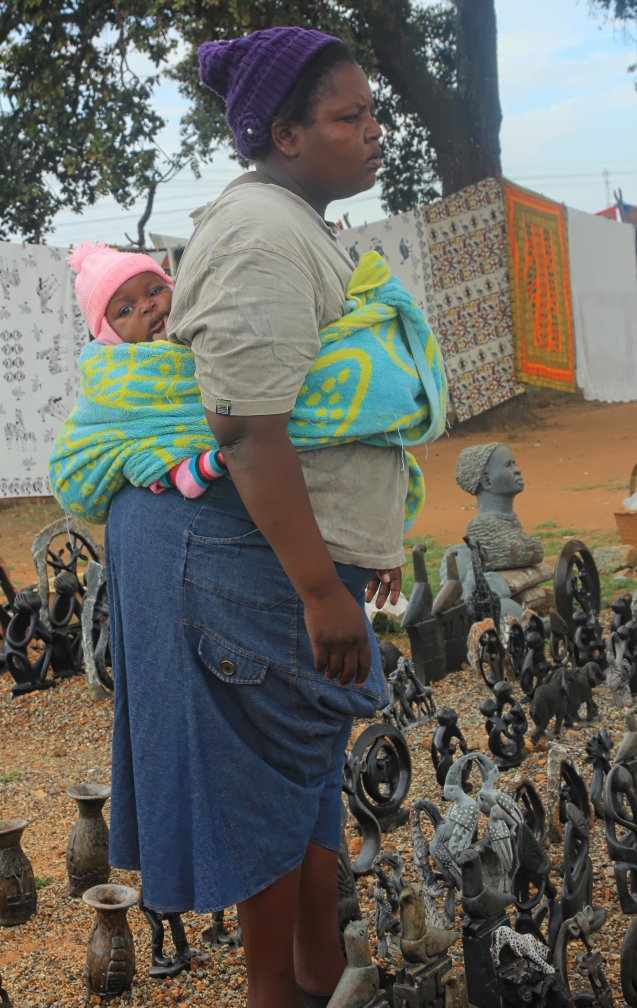 Not Just Tourists . http://njttoronto.com/ Handing the case of medical supplies to Dr. Gladys.

Follow Where in the world is Grandma? on WordPress.com
Join 382 other followers