We used yesterday as a “recovery” day and slept in. Sort of. We were awake early but just took our time getting sorted out. It was a cool , drizzly day that required pants. My fault as I said we could likely put them away for the next part of our journey.

After eating most of our left over food, we walked to McDonald’s for a coffee and free wifi. After 3 camera stores I found a lens exactly like my broken one AND it was less than I would have paid for it at home! I left the old lens there as she said they could use it for parts. Awesome! Sue had success finding shorts and we got a few other sundries, picked up our bags and were headed for our bus when we met up with our group. It was nice to be able to say good bye with hugs all around.

The flight to Melbourne we called a kangaroo plane as it bounced up and down when landing. Interesting. Two buses later we arrived at the hostel to find out all had gone to bed and we needed to be in the lobby for 6:20 am. Here we go!

The first top of the day was Torquay where we stopped for breakfast. Dingo (our guide) even had oranges and bananas and gourmet nutella and peanut butter. The kettle didn’t work. No coffee! Back on the road I suggested the possibility of a coffee stop? Other addicts joined me so we made a quick stop at a cafe.

The Great Ocean Road was built by veterans of the first world war with picks and shovels. An arduous task is an understatement. There are gorgeous views every where and we made several photo stops. One included a couple of koalas in a tree, a king parrot and a kookabura! Lunch was in Apollo bay.

The next stop was Ottway National park and a trek through the tree tops of the rain forest where Adina fell while running from a dinosaur and scraped herself pretty good while Dingo filmed it. That’s when we found out Sebastian is a surgeon. Nice! 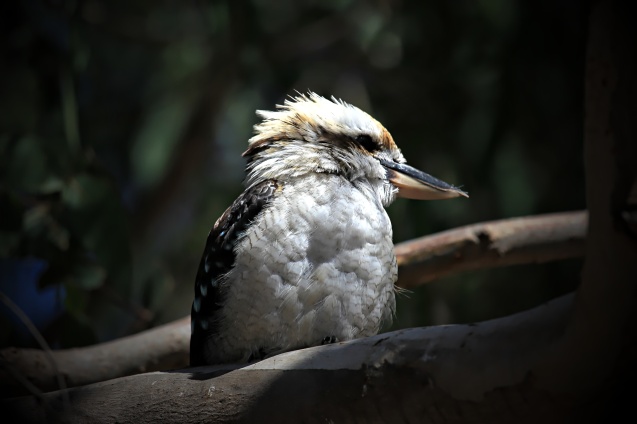 Walking through the treetops. There’s Sue!

A couple more photo stops including the 12 Apostles (there’s only 6) and we arrived in Port Campbell. The whole group of 17 went a nice restaurant where Sue and I shared a calamari salad (delicious!)st Back at the hostel we made a bee line for the shower and tucked in for the night. Tomorrow is another early start so alarms were set for 5:45 AM 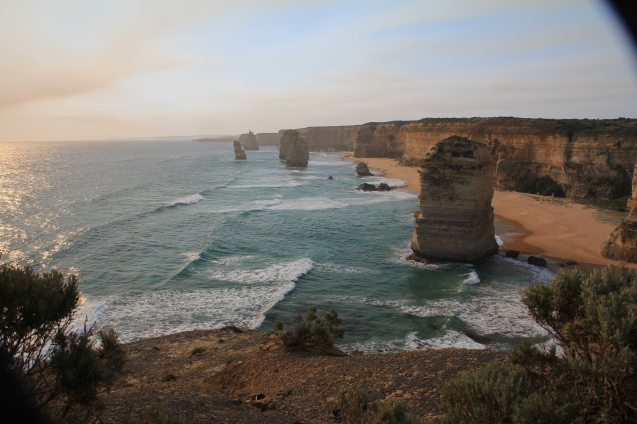 One thought on “The Great Ocean Road”

Follow Where in the world is Grandma? on WordPress.com
Join 391 other followers