Previously: SpitzKoppe, Swakopmund and into the Desert!

We said goodbye to the luxury of a bed and bathroom for a couple of days and headed South. The rolling dunes were left behind as we drove through gravelly scrub where we even saw the odd gemsbok. The rocks got bigger and became mountainous as we passed through the Kuesep pass. The former straight, boring road became windy and treacherous. Over another pass and into the desert we reached Solitaire; a very interesting place. A man named Moose was famous for his apple crumble and passed on his recipe to the bakery there before he died. Adeline bought some and I tried it. We all agreed we’d tasted better but it was nice.

We arrived at our campsite in the Namib desert in the heat of the afternoon so went for a swim before we set up tents. I should could feel the climate change between this place and Swakopmund. I could feel the moisture being pulled out of my skin.

Up bright and early, we headed for the dunes for sunrise. The desert is a stark, dry, yet beautiful place. Iron ore and magnetite are some of the elements that give them their beautiful colour. We climbed up Dune 45. I didn’t make the top as it’s so high and the vertigo set in but got some great views anyway. The sand is fine and soft so very every two steps up you slip one back; not an easy hike.

Next we climbed in 4×4’s and headed to Dead Vlei where you can see that once upon a time, there was enough water to sustain life. The dead trees have been there for hundreds of year. Sossusvlei means gathering of water. The last time it had water in it was 2011.

After a siesta (pool time for me!) it was time to see Susrein Canyon. Again, no rain for 5 years means it’s pretty dry.

I’ve given up on cleanliness and just keep wearing dark shorts and a bathing suit top. It’s so hot and dry! It sucks all the moisture out of your skin. I felt kind of like a raisin covered in sand.

Impala visiting our pool in the middle of nowhere. 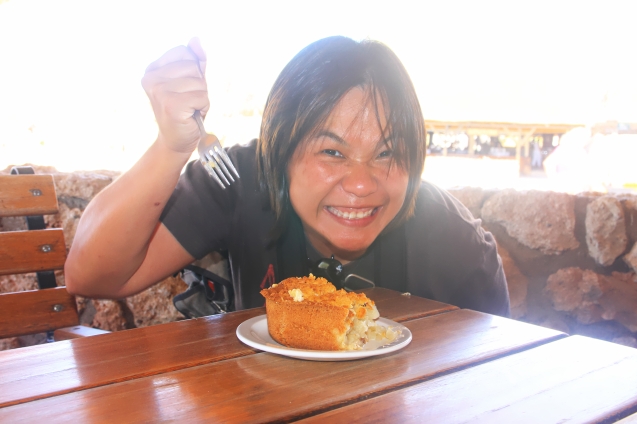 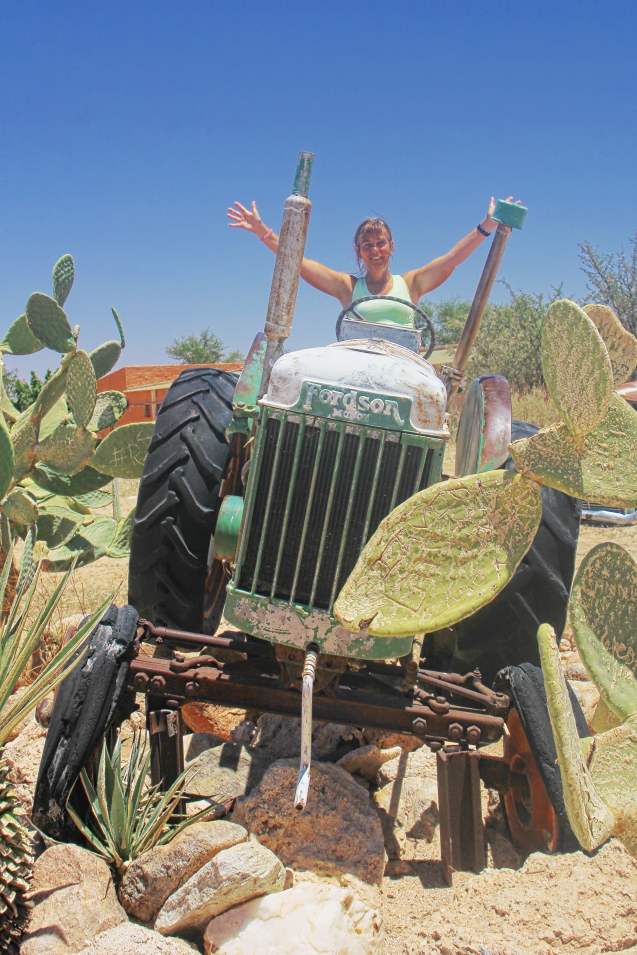 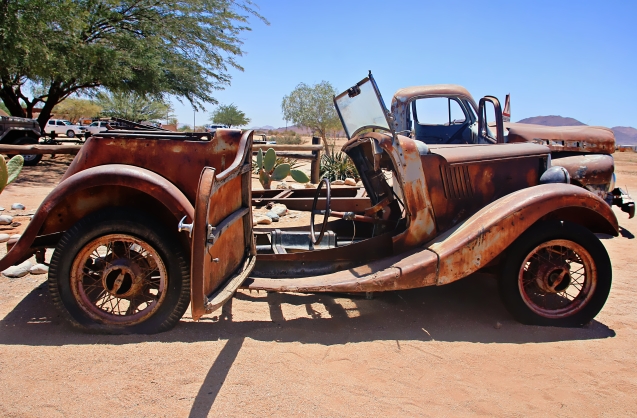