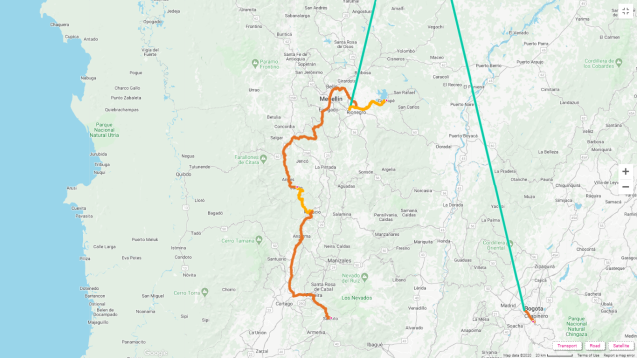 Our Colombian journey continues from Jardin.  The previous post can be found here:

Guatape and Jardin. Both worth more than just a day trip from Medellin, Colombia!

Surprise surprise! Our 8 am bus turned out to be one of the beautifully decorated strange looking square things. The driver loaded our bags in the back seat and we all climbed on. The “road” was more like what we’d call a “green road” as in, not maintained and you need a 4X4 to use it. We rarely reached speeds exceeding 30 km per hour and bumped along the gorgeous trek for a couple of hours, stopping occasionally to pick someone up or drop a person off. Rarely could we see where they’d come from as there were few houses along the way. Sometimes we’d meet a truck coming the other way and once a bus. The drivers stopped to chat for a bit before carrying on.

At one point we stopped at a place that sold snacks and provided a bathroom. There was a random pig and a gorgeous view from there too.

By the time we reached Riosucio, it was almost noon and we were a dusty, dirty mess. Oh well. It was fun!

Next we bought tickets for Salento. A lady was selling tamales and cheese biscuits so we got some lunch while waiting. This bus was luxurious after the last one and we kept nodding off on the way despite trying to stay awake to see the view.

It was after 4 by the time we reached Salento and we walked the few minutes to the Zorzal Hostel. After dropping off the bags and trying to quickly clean up we walked to town to find dinner. Cumana Bistro was recommended and it sure was good. I enjoyed a Venezuelan trout and Anita stuffed chicken. Yum!

It’s been a while and our clothes are getting smelly. Since this hostel does laundry we gathered it together to drop off in the morning. I love that luxury 😀

We have yet to figure out where we’re going after Salento.

The hostal Zorzal offers breakfast from 7-9:30 and yo have to choose a time. We seem to be morning people so we chose 7 am. After a really good breakfast and the advice from our host, we caught a bus heading down the road and got them to drop us off at the bridge. There we walked up the path to find the Santa Rita waterfall. That turned out to be a huge place full of beautiful hiking paths, a couple of natural pools, a cave and 2 waterfalls. We managed to cover ever path in the place (some twice 😉 ) and headed back down the hill. We didn’t have long to wait for the bus. 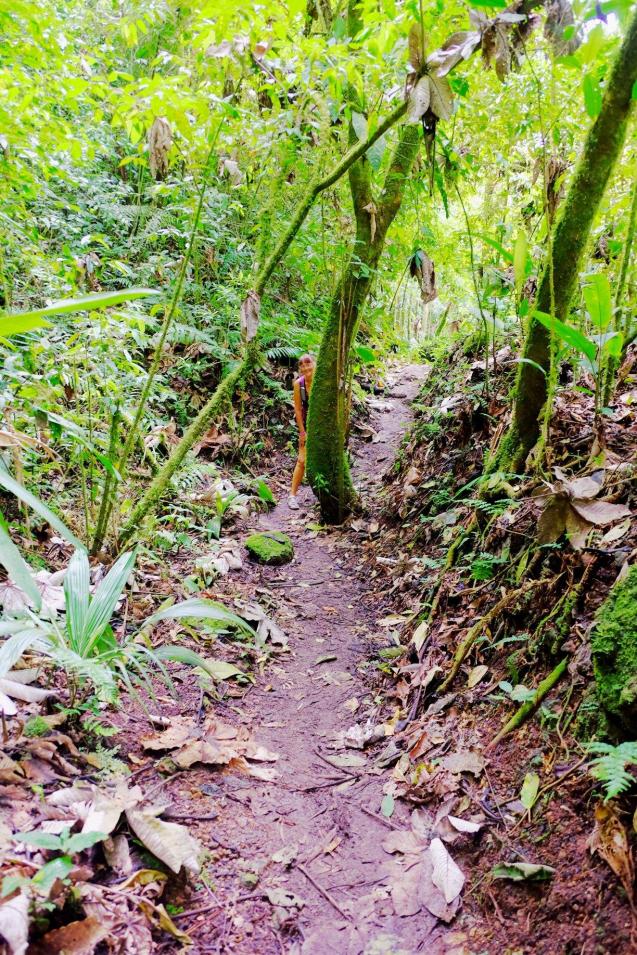 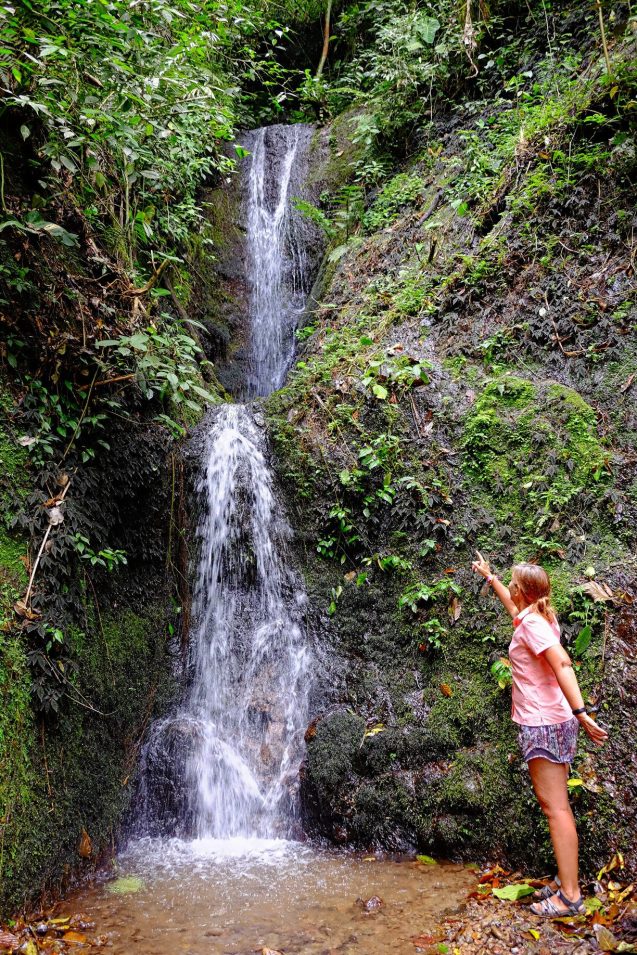 Back at the hostel we cleaned up and walked to town where we shopped for a while before getting dinner at the Cumana again. We tried another one but it didn’t open until 6:30 and we were too hungry to wait a half hour.

The next day again we started early, then walked to town to find a jeep in the square to take us to Corcora. By 9 am we’d started the walk. We’d been told it’s 12-14 km and it’s “easy”. Right. It wasn’t really difficult but I wouldn’t call it easy. The first 5 km was straight up hill and took us about 2 hours as we stopped along the way for pictures and to enjoy the gorgeous views. At the finca la Montana we enjoyed a coffee and took pictures of a humming bird on a nest. 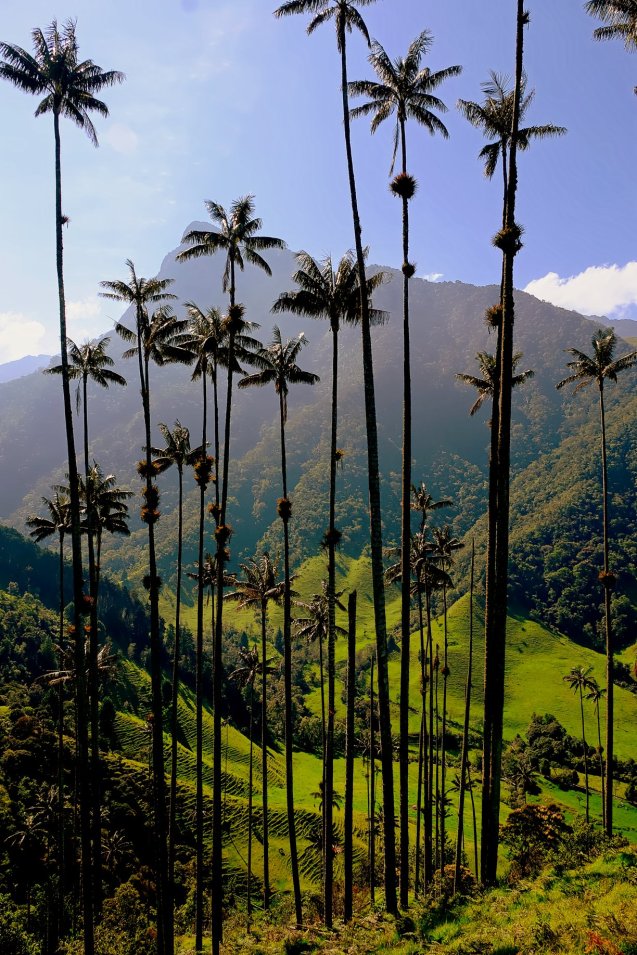 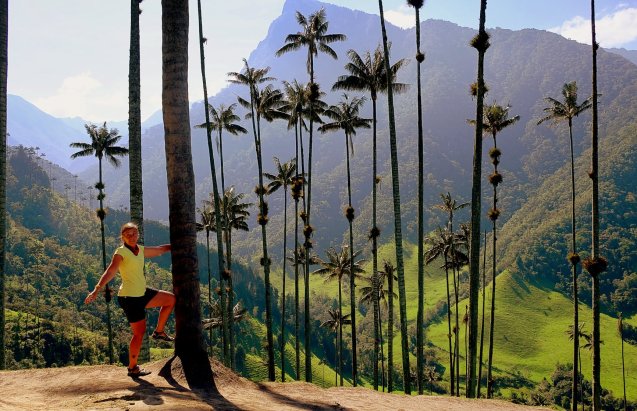 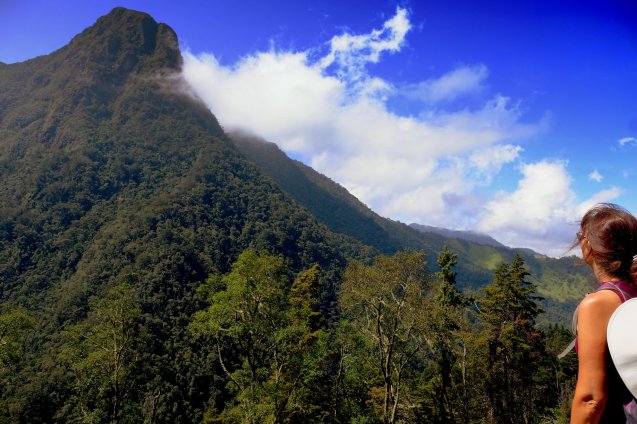 Then came the trek down. You’d think down would be easy. Nope. We scrambled over rocks, tree roots, through streams and steep inclines. It was fun. Again, not terribly difficult but certainly not easy. At a fork in the path you can go up to see the hummingbird house or continue down. We’d been told it was worth it. It’s only another 1 km in and then the same path back. Again, nobody told us it was straight uphill. More scrambling over boulders, tree roots and through streams. It was worth it after the fact. We enjoyed a nice cup of hot chocolate with cheese while watching some gorgeous birds.

Back down that path we continued on the original until another fork with a sign “fog waterfall” Hmm. Is it worth it? A man walking by said it wasn’t far and it was so we went. This one at least had some heavy rope we could use to brace ourselves while doing more scrambling. Yep. It was worth it.

The rest of the path was nice and not too difficult. Just the final hill was a bit of a killer. By the time we got back to the village it was after 3 pm. That’s 6 hours. Not bad considering the stops we’d made. 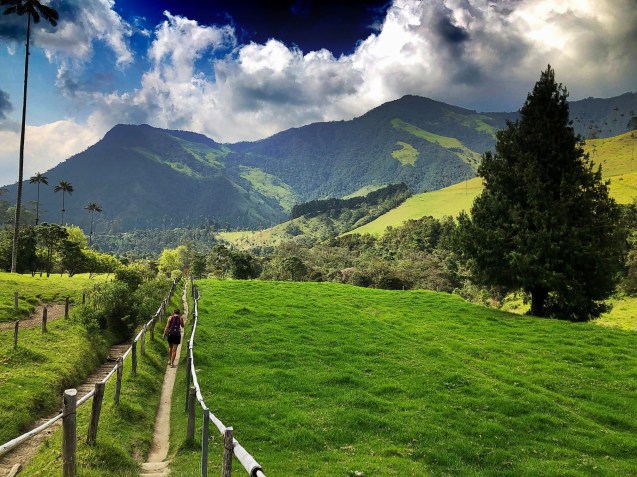 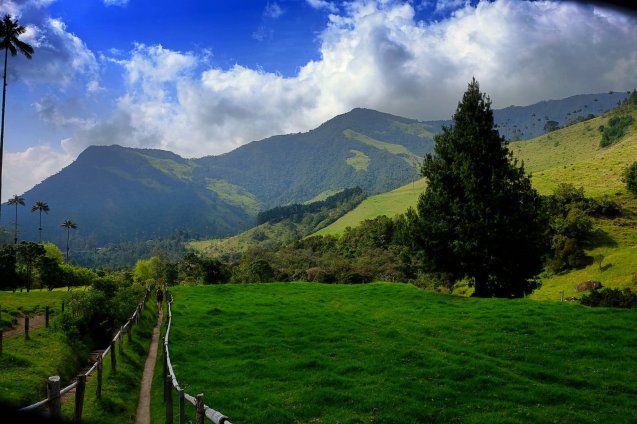 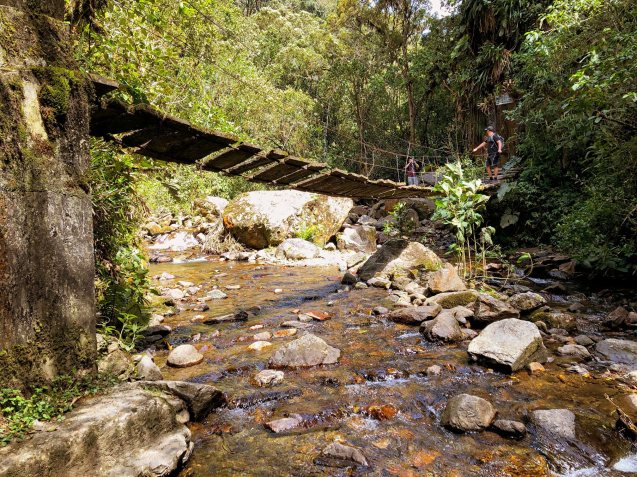 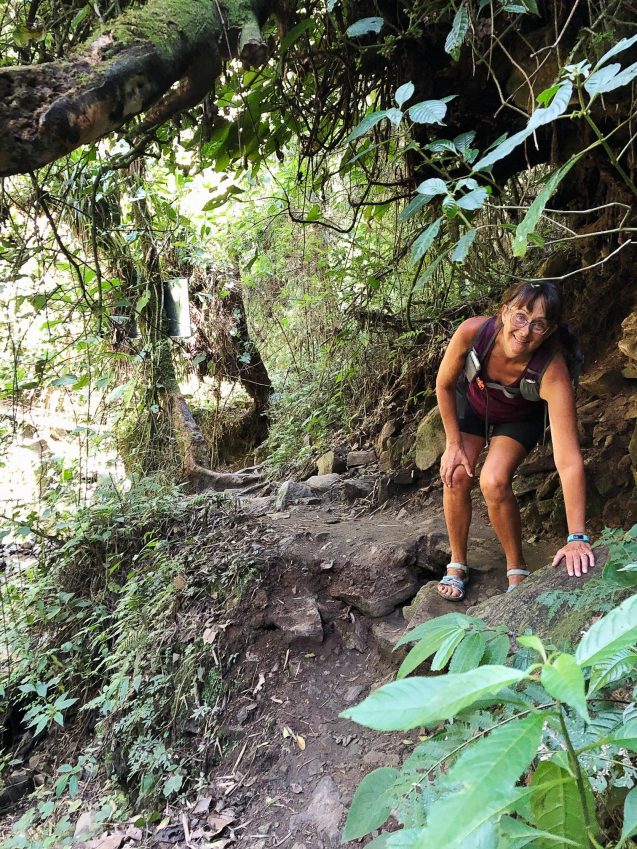 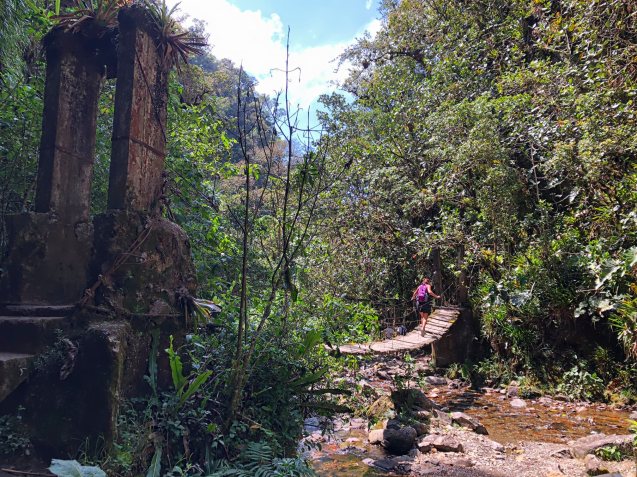 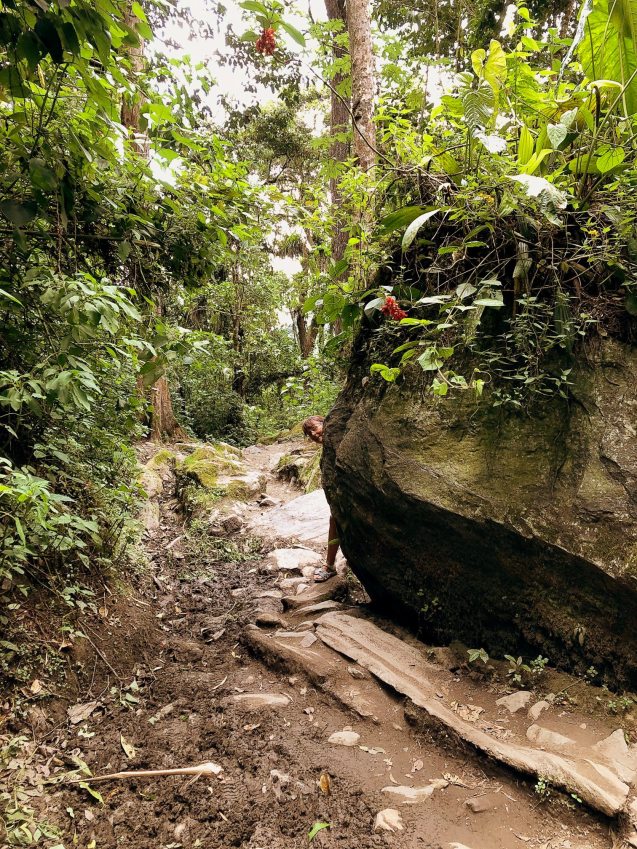 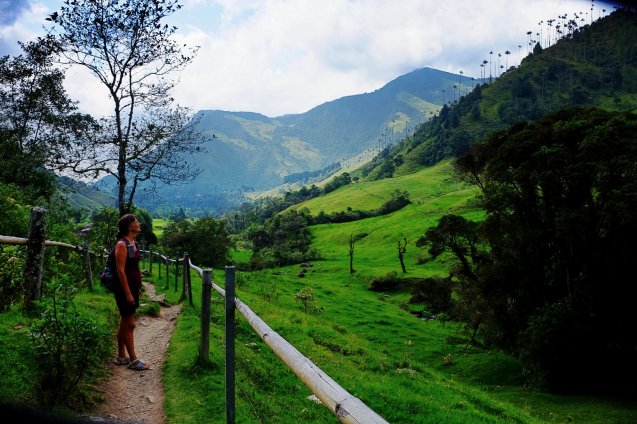 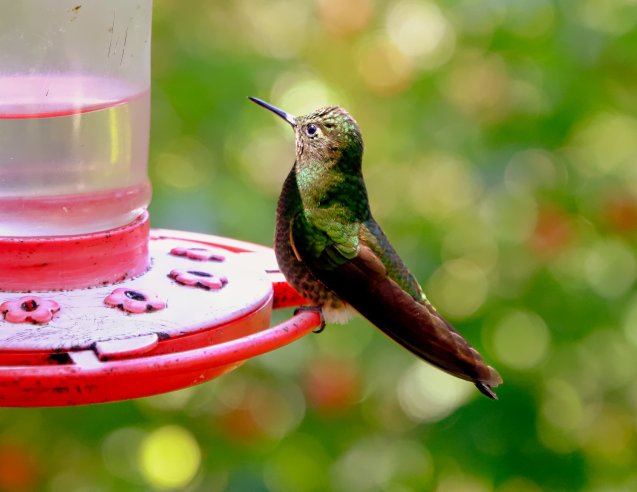 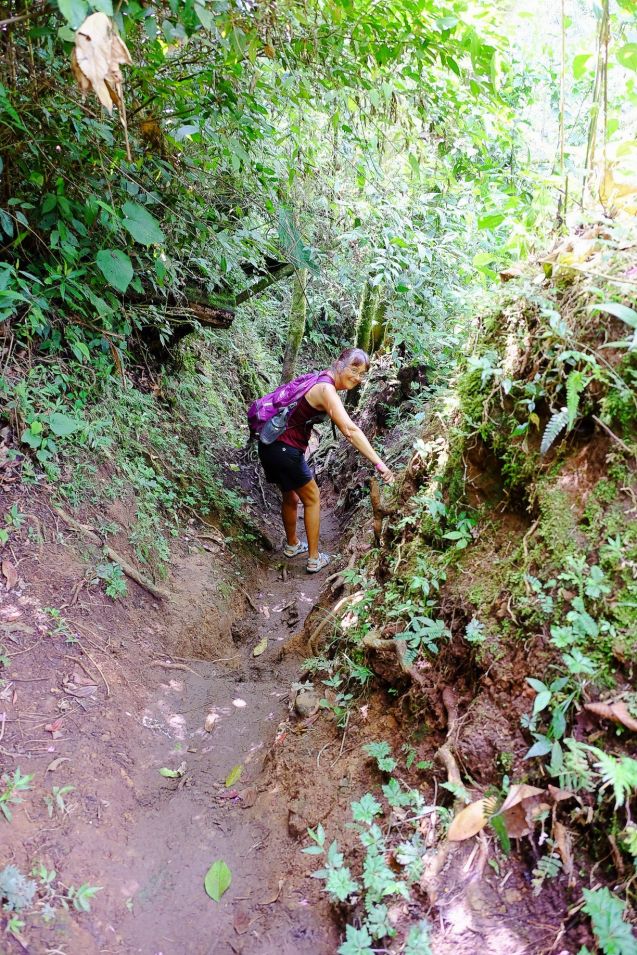 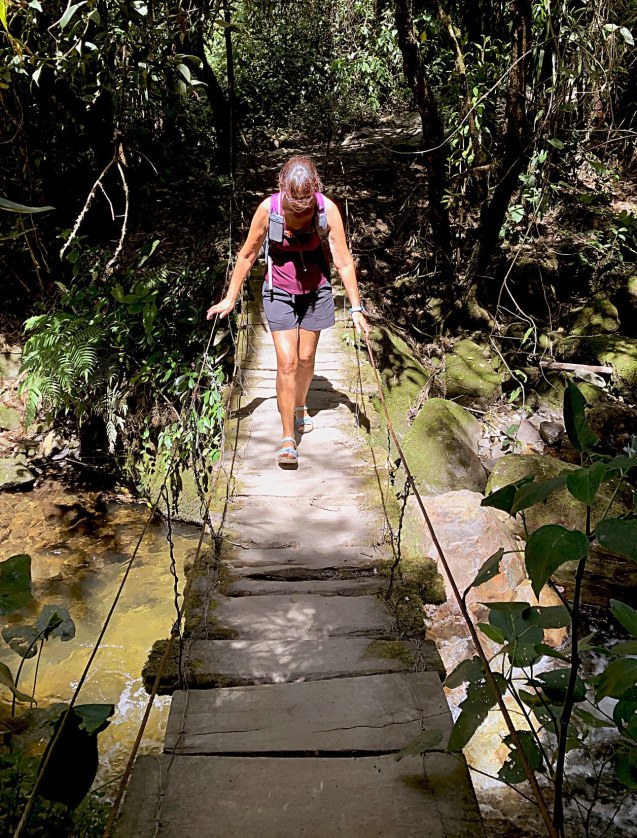 How many people can you fit in a jeep? Apparently in Colombia it’s 14 and a dog. Fun.

Back in Salento we treated ourselves to a moccachino (me), cappachina (Anita) and a piece of cake at the Willy’s cafe. YUM!

A shower at the hostel was an amazing relief and we were invigorated enough to head out for dinner again.

The bus to Armenia took about an hour and I thought we were there in time for the 9 am bus to Popayan. I guess it was full as the lady said 9:30 am. I should have been thinking but just bought the tickets. It wasn’t till we boarded the van type bus that I realized it was the one that stops in Cali so was an extra 1.5 hours. Crap. There was a direct bus leaving at 10.

Oh well. We got to see the Cali bus terminal and drive through the city. I noticed the homeless people living beside the river, the masses of traffic, the boulevard with the beautiful trees….just another city.

The countryside was actually quite flat in this area and the road (still wouldn’t call it a highway)almost straight!

Popayan was much bigger than I expected. Upon arrival it seemed like another busy, dirty city. We walked to our hostel in the old city and there is where it’s nice. All the buildings are white.

We tried to find a place to get local food but everything closed early. Where we ended up the food was mediocre but the waitress was very kind and helpful.

The next morning we joined a free walking tour after seeing the poster at our hostel, . That was excellent and I highly recommend “Get up and go Colombia”. We learned a lot about the culture and unique history of Popayan, the earthquake of 1983 that killed over 300 people, the history of holy week celebrations and the fact that 5 presidents came from Popayan. The city is painted every year just before Holy week. It started because of a weird plague called nigua. It was a bug that infected the feet and caused horrible sores sometimes resulting in loss of limbs. They discovered chalk kept the bugs away so painted everything with chalk. Eventually the plague was stopped but they continued to paint everything white as it looked beautiful with the Holy week celebrations. It’s now preserved with Unesco.

Daniella showed us a family home where we learned why the windows are so odd here. In the past, young girls were very closely watched. They could only talk to boys by sitting in the window and a boy would have to be on a horse to see her. The girl’s mother would sit on the other side to make sure the conversation was appropriate. The window being so high meant that only young men who could afford a horse had the ability to “meet” the girls from wealthy families. 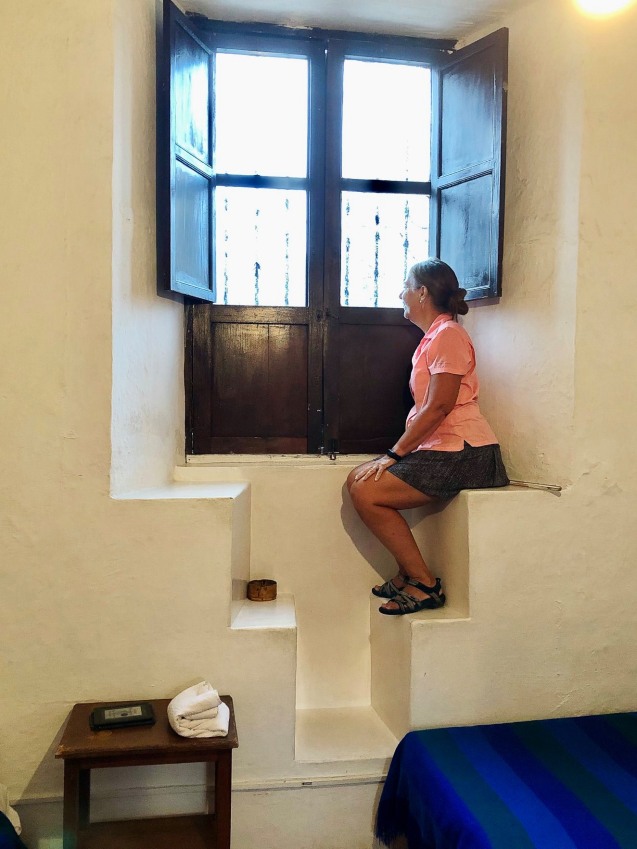 Because of Daniella’s recommendation, we went to the best coffee shop in Popayan. I had a mocca which is just espresso with chocolate. It was good and strong with NO bitterness. Nice!

Next we decided to climb the hill and try one of the “miradors” or view point. All that sweaty vertical hiking was for naught as the trees blocked the view. Besides all you can really see are roofs. We just started our descent and it started to rain. Uh oh. By the time we got back to town we were pretty wet so we headed back to our hostel to get dry and wait it out.

Next we went for dinner to Mora castilla to try authentic local dishes like empanita pipian with peanut sauce, a pastry type thing that was once the leftovers from arepas, patacones with cheese and payanes splash to drink. The food was good and the drink delicious. 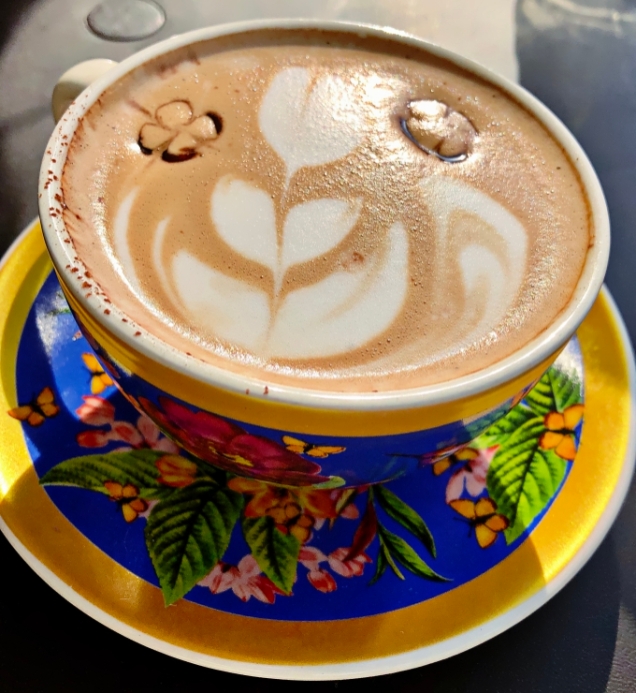 After wandering the town for a while longer we went back to our hostel where our kind host called the bus terminal to confirm bus times for us since I couldn’t find anything online.

3 thoughts on “Salento. Tall wax palms, waterfalls; a hiker’s dream. Then onto the white city of Popayan”